The White House has announced that US President Joe Biden, who was the oldest individual to be inaugurated when he was sworn in January, intends to run for reelection in 2024. 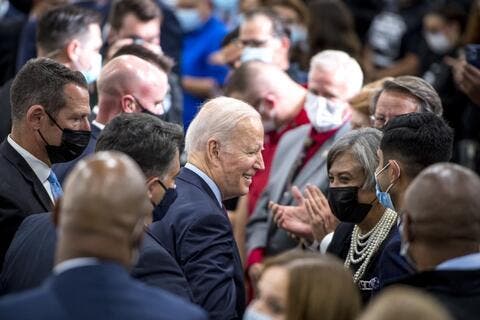 61 Percent of Americans Want Biden to Step Down

White House press secretary Jen Psaki made the announcement on Monday following a flurry of reports on discussions among Democrats about whether Biden would follow through on a bid for a second term.

Biden’s failure to fight for everyone in America to have equal opportunity to vote is not only a moral and civic failure, it’s foolish. When both chambers of Congress flip next year, it will set up the refusal of congressional fascists to certify the 2024 election results.

"That’s his intention," Psaki told reporters aboard Air Force One, confirming reports that Biden, who has suffered a dip in his job approval ratings in recent months, has been telling advisers and staff he plans to run again in 2024.

Biden would be 82 at the start of his second term, if reelected.

Over the weekend, the Washington Post reported that Biden and his closest advisers have been reassuring allies that he plans to seek a second term, despite the fact that Biden said during the 2020 Democratic primary he viewed himself as a transitional figure within the party.

Biden has been under attack for his advanced age from Republicans. Former US Ambassador to the United Nations and Republican Governor of South Carolina Nikki Haley has even suggested that aged politicians in the American government should undergo a "cognitive test."

She was asked in an interview about her thoughts on the mental health of the aged US president, who seems to lose touch with reality lately.

BREAKING: New polling shows that 72% of Arizona Democrats want Senator Kyrsten Sinema replaced in the 2024 election after she spent the last year obstructing President Biden's agenda and serving corporate interests. RT IF YOU THINK SHE MUST BE REPLACED WITH A REAL DEMOCRAT!

"Well what I'll tell you is, rather than making this about a person, we seriously need to have a conversation that if you're gonna have anyone above a certain age in a position of power — whether it's the House, whether it's the Senate, whether it's vice president, whether it's president — you should have some sort of cognitive test," Haley said on November 4. 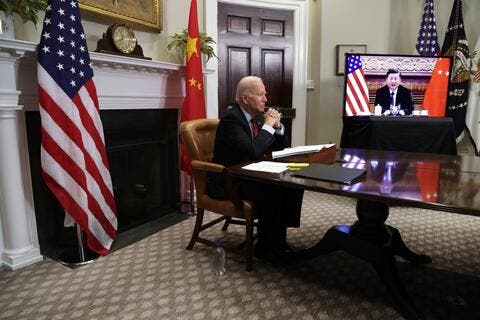 White House: Biden and Jinping Are Not Old Friends

Earlier this month, Biden was filmed snoozing as delegates spoke at the opening of an international conference in Scotland.

"Sleepy Joe" became a popular social media trend after the US president apparently dozed off at the United Nations COP26 climate conference in Glasgow, Scotland.