Will The EU Seek to Play More Role in Asia-Pacific?

The EU leadership on Thursday expressed its desire for a “more active role” in wider Asia-Pacific during an official visit to Japan. 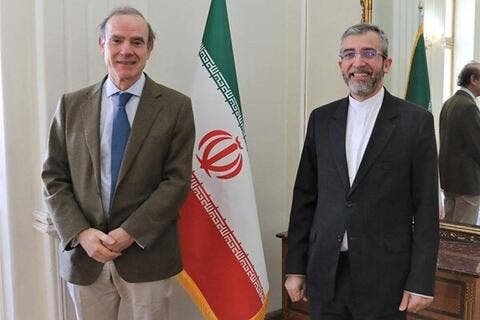 EU Commission President Ursula von der Leyen, who called the Indo-Pacific “a thriving region,” also said it is “a theatre of tensions.”

“The EU wants to take a more active role in the Indo-Pacific. We want to take more responsibility in a region so vital to our prosperity,” she said.

The US in its policy towards Asia and China uses “Indo-Pacific” to refer to the wider Asia-Pacific region where it has Japan, India and Australia as its major partners to contain China’s “rise.”

Lauding Japan’s “strong stance” on Russia’s war in Ukraine, she said the war showed that “the future of a rules-based world order” is “at stake” and Japan understands it.

Japan has joined its Western allies and imposed punishing sanctions on Russia seeking an end to the Ukraine war. Moscow has retaliated with reciprocal sanctions on Tokyo.

During a news conference, the two sides said they agreed to cooperate to realize a “free and open” Indo-Pacific besides ensuring “economic and energy security.”

“Russia’s invasion of Ukraine shakes the foundation of international order not just covering Europe but also Asia and is absolutely impermissible,” Kishida said.

Calling for strengthening bilateral ties with “deep and dynamic relationship united by the fundamental values of democracy and rule of law,” Michel said the EU-Japan cooperation on Ukraine is “critical in Europe but it’s also important in the Indo-Pacific.”

Addressing China, he said Beijing must “stand up to defend the multilateral system that it has benefitted from in developing its country.”

He added: “Russia’s war against Ukraine has shown that deeper cooperation is not a luxury but a vital necessity.”

The two sides also launched the EU-Japan digital partnership with Ursula saying that “leadership in this field is key to our competitiveness and security.”

“We will use our strategic partnership agreement to diversify and strengthen our supply chains. Some materials and technologies have become essential to our economy and everyday lives like semiconductors. We must be able to count on trustworthy supply chains,” she added.