Will Iraqi Premier Mustafa Al-Kadhimi Stay in Power After The Oct. Polls?

Iraq's early parliamentary elections scheduled for Oct. 10, Iraqi Prime Minister Mustafa Al-Kadhimi has made a strong entry into the electoral campaign. Officially, Al-Kadhimi has no legislative candidates and his days as head of the Iraqi government, which he has led since 2020, could be numbered. 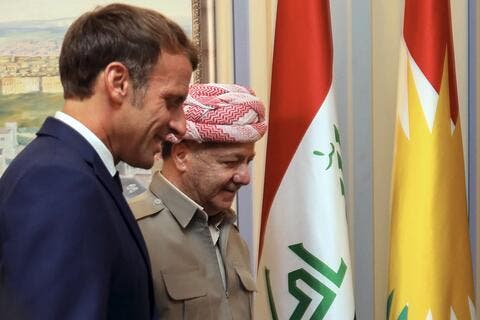 What Does Macron Want From Iraq?

A new political map is supposed to emerge at the end of these elections, but there is no guarantee that he will be able to hold his cards. Even though he has no candidates of his own, Al-Kadhimi still participates in the campaign.

I’m delighted to welcome my friend, French President @EmmanuelMacron to Erbil tonight. I look forward to discuss bilateral ties, Iraqi elections and other pressing issues with President Macron. I remain grateful for France’s continued support to the Kurdistan Region and Iraq. pic.twitter.com/imRrnMiAvI

An adviser to the prime minister, Hussein Al-Hindawi, told Arab News that Al-Kadhimi hopes to remain as head of the government because of his positive record.

Even if his management of the country’s affairs was short-lived, “the Iraqis see the difference between him and his predecessors,” in particular Adel Abdel-Mehdi, who was forced to resign following the protest movement which paralyzed Baghdad in 2019.

Unlike Abdel-Mehdi, a member of the Supreme Iraqi Islamic Council (pro-Iranian), Al-Kadhimi sees himself as an independent politician.

“His presence as head of government is ‘a kind of balance and agreement’ between rival Iraqi political factions,” Al-Hindawi said.

Al-Kadhimi’s status as an independent gives him a kind of neutrality — even supremacy — in the face of the permanent power struggles that characterize the operation of the country. It is a posture that is reminiscent of the trajectory of French President Emmanuel Macron, who reached the presidency without any partisan label. A close friend of Al-Kadhimi said the Iraqi prime minister is very sensitive to the French president’s modus operandi.

Al-Hindawi asserts that the prime minister can boast of two huge successes that he initiated: the National Dialogue Conference and the recent Baghdad International Conference for Partnership and Cooperation.

The purpose of the conference was to mark the road to the legislative elections and to establish a dialogue between the different Iraqi forces. In the short run, the conference resulted in an agreement leading to the formation of standing committees for dialogue. Al-Kadhimi hoped that establishing a new social contract would prevent the collapse of the political process in the country.

Al-Kadhimi is trying to rebuild minds, which is a difficult task in a fragile country, undermined by communal divisions. But one thing is certain: the early legislative elections, which seemed threatened by the boycott, will take place with the participation of 3249 candidates, including 953 women.

"Given the deep mistrust and anger towards big parties that the Iraqi electorate feels, the big parties will have a lot to lose in the upcoming election if there is going to be a higher turnout"https://t.co/YhpynL3ZE5

The international conference was also a success. In the presence of France, it brought together Iraq’s neighboring countries in a peaceful atmosphere. A diplomatic feat. It is not trivial to bring together countries such as Saudi Arabia, Iran, Qatar, Turkey, Jordan, and the UAE while the tension in the region is at its peak. These countries have managed to put aside their differences and focus on the essentials, namely the stability of Iraq, the fight against terrorism, and the guarantee that a stable Iraq will be possible in a peaceful regional context.

The conference resulted in the establishment of a follow-up mechanism at ministerial and heads of state levels. It is therefore a great success for Al-Kadhimi, whose action has been acclaimed by the various regional forces. France, which for the past year has played an active role in the preparation of the summit, is now a strong ally for the Iraqi prime minister. This bodes well for a new rapprochement between Paris and Baghdad after decades of cold relations. 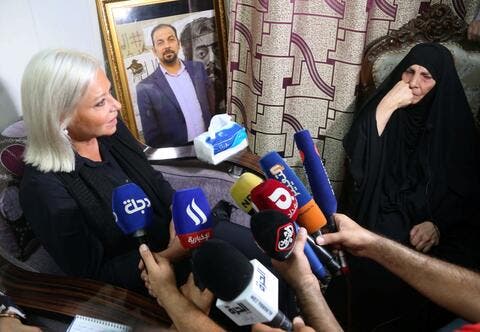 All these factors give Al-Kadhimi a clear head start over the opponents to his succession. But since Iraq is an uncertain country with deep internal communal divisions, all turns of events are possible.

Similarly, there will be no guarantee that the positive and conciliatory spirit that prevailed at the summits will last until the elections. Especially from Iran, which plays a leading role in the political life of the country. While its foreign minister displayed a positive attitude towards Al-Kadhimi at the international conference, the Iraqi prime minister is seeking to subtly free himself from Iran’s grasp on the country, while working to eradicate the terrorist threat.