Will Nigeria Fall Into a New Civil War?

Published July 26th, 2021 - 10:00 GMT
Leader of the Indigenous People of Biafra (IPOB) movement, Nnamdi Kanu, wears a Jewish prayer shawl as he leave his house in Umuahia, southeast Nigeria, to meet veterans of the Nigerian civil war, on May 26, 2017. (Marco Longari/AFP)
Highlights
In 1967, the Nigerian Civil War begun as Kanuwas was born.

Nnamdi Kanu, the leader of the separatist Indigenous People of Biafra (IPOB), was arrested on June 27, in Kenya and then sent to Nigeria to undergo a trial. He had been on the run for 4years during which the activities of his group posed a challenge to the Nigerian government and unity of the country. 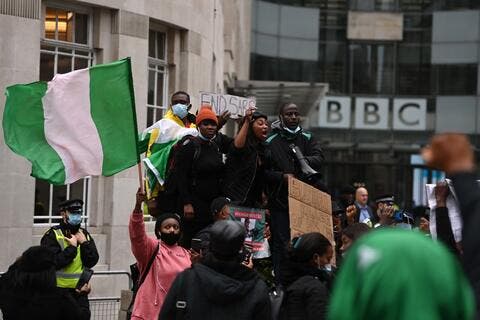 Nigeria's Police Mobilize All Resources to Take Back The Streets

Across southeast Nigeria, the epicentre of the defunct Republic of Biafra, calls for the re-creation of the secessionist state that existed in the late 1960s has been growing, and Kanu has been able to build a huge army of supporters.

Please read my latest for @trtworldhttps://t.co/Ple8HeVvDJ

The IPOB leader was first arrested in 2015 on treason charges and imprisoned for close to two years despite a number of court orders ruling for his release. He was eventually released on bail in 2017 and then fled abroad, from where he continued to advocate for the independence of Biafra and attack the Nigerian government, mostly through social media.

But Kanu's latest arrest doesn't seem to have softened the demand for secession. If anything, it appears to have made his followers even more agitated. Thousands of his supporters in Nigeria and abroad — including in countries like Spain and Israel— have moved to the streets to demand the 53-year-old's release, as IPOB's UK-based Radio Biafra continues to call for an independent Biafran state.

"IPOB can never be intimidated," Nnamdi Okpara, an ardent supporter of the group, told TRT World.

"The Nigerian government is pushing us to the extreme and we are prepared to fight, even at the cost of our lives, for Kanu's release and for Biafran independence."

Kanu, who spent much of his adult life in the UK and is also a British citizen, was born in southeastern Nigeria in 1967, the year the Nigerian Civil War — fought between the government of Nigeria and the Republic of Biafra secessionist state — began.

The conflict, which led to the death of nearly 3 million people, ended in 1970 with defeat for Biafra, which represented the nationalist aspirations of the Igbo ethnic group that felt it was being marginalised by the Nigerian government, dominated by the interests of the Muslim Hausa-Fulanis in the northern part of the country.

The two states were reunited after the conflict, but complaints by the Igbo's about being alienated by successive governments led to the creation of IPOB in 2014 with the aim of restoring Biafra.

"As long as Hausas and Fulanis continue to dominate politics and governance in Nigeria, Igbo people will continue to be marginalised and attacked," said Okpara. "If they don't want us to secede peacefully, then we are ready to fight to gain freedom."

Recent events have shown that IPOB isn't in any way scared of confronting its perceived enemies.

Barely six months ago, Kanu, whose rhetoric is bitterly hostile to people from the Fulani ethnic group, announced the creation of the Eastern Security Network (ESN), a pro-Biafra paramilitary wing which the IPOB leader said was established to defend southeastern Nigerians from bandits and armed Fulani herders.

Then in April, Kanu and Cho Ayaba, the leader of the Ambazonia Governing Council, one of two major Anglophone separatist groups in western Cameroon, appeared in a press conference that was streamed live on social media to announce a military alliance.

Those moves are seen by Nigerian authorities as attempts by IPOB, a group the government has designated a terrorist organisation, to destabilise the southeast. Security agencies have already accused the ESN of carrying out a spate of attacks in the region this year.

Early this year, defence forces launched a military offensive against the paramilitary unit, causing IPOB to announce that it was at war with the government.

"Yes, the second Nigeria/Biafra war has begun," Emma Powerful, media and publicity secretary of IPOB, said in a press statement in February. “But we promise disgrace to our enemies. They shall be shamefully defeated."

But since Kanu announced the formation of the unit in December 2020 and IPOB's alliance with the Ambazonia Governing Council, armed gunmen believed to be from the ESN have attacked a prison in the southeastern city of Owerri, aiding in the escape of more than 1,800 prisoners, and a number of security posts and personnel have been targeted in the region.

In Cameroon, Anglophone secessionists have stepped up attacks against security officials, targeting military personnel in at least 30 different attacks in 2021, according to an article published by Foreign Policy citing reports from the UN, the Armed Conflict Location and Event Data project (ACLED), and a spokesperson from the Cameroonian military.

Is civil strife brewing in Nigeria between the government and Biafran separatists?https://t.co/q4mVrpm5Rt

"The ESN is well armed and is preparing for war, but the Nigerian government is prepared for them," a senior military official told TRT World.

"No one wants another war but IPOB is calling for it and they'll have it if they don't back down."

But officials are only re-echoing the position of President Muhammadu Buhari, who recently threatened to “deal with” IPOB members, whom he believes are behind recurring attacks on public infrastructure in the southeast.

“Many of those [referring to pro-Biafra supporters] misbehaving today are too young to be aware of the destruction and loss of lives that occurred during the Nigerian Civil War," the Nigerian leader, who fought in the civil war against Biafran separatism as a military commander, said in posts on Twitter and Facebook that were later deleted by the social media platforms for violating their policies on abusive behaviour.

"Those of us in the fields for 30 months, who went through the war, will treat them in the language they understand,” Buhari said.

The arrest of Kanu is not in any way going to deter the separatists, in the same way the reported death of Boko Haram leader Abubakar Shekau hasn't slowed down the insurgency by Islamist militants in the Lake Chad region.

Rather, Kanu's jailing, which has been widely condemned across the southeast, could draw more support for his cause and incite a more deadly uprising in the region. And with some of Kanu's supporters eager to go the extra mile to secure his release and ultimately achieve an independent Biafran state, many believe Buhari's threats may eventually come to pass. 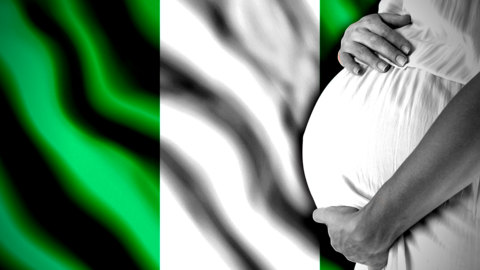 When Is Nigeria Going to Legalise Abortions?

"Even if the president didn't mean what he said about unleashing another war on the southeast region, continued attacks on security formations could change things," Christian Anozie, a security analyst who spent many years editing the West African publication Events Diary International, told TRT World.