Published September 20th, 2021 - 07:15 GMT
In this elevated view, a man walks through the flags of the 'In America: Remember' public art installation near the Washington Monument on September 19, 2021 in Washington, DC. The installation commemorates all the Americans who have died due to COVID-19. Al Drago/Getty Images/AFP

Data shows that Malaysia has become a coronavirus hotspot with the sixth-most deaths among nations in the past week despite overall being only 31st as the world's Covid-19 deaths are down by 5% and cases 9%. 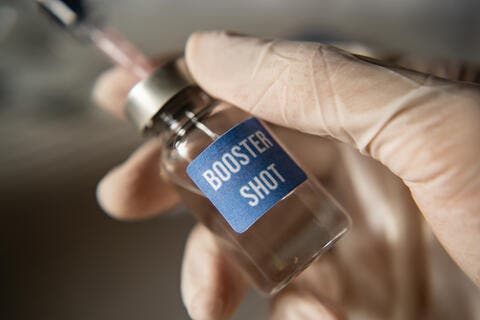 But coronavirus is spiking in Malaysia, especially among children with schools scheduled to reopen in two weeks.

Like worldwide, children are not eligible to be vaccinated and vaccination of teenagers didn't officially begin until Sept 8.

"The vaccination roll-out for teens is too slow," Amanda Sanusi, whose five unvaccinated children aged between 12 and 17 have contracted coronavirus, told The Straits Times. "They should have looked at other countries which started earlier with no adverse effects, and vaccinated kids here before opening up the economic sectors."

Malaysia has fully vaccinated 76.8% of its adult population. Among the overall population, it is 67.1% for one shot and 55.7% complete series.

Those figures are above many nations. The United States is at 63.7% for one shot and 54.5% complete series. In India, the rates are 42.9% for one shot and 14% fully vaccinated despite being a prime manufacturer of the vaccines.

Worldwide, vaccination doses grew by 230 million in one week to 5.92 billion with the world's population of 7.9 billion, according to tracking by Bloomberg.

Europe leads in the vaccination effort with 104 doses administered per 100 people, followed by North America at 100, South America at 94, Asia at 85, Oceania at 71 and Africa at 9.5, according to tracking by The New York Times. Most vaccines require two shots with boosters also occurring.

Vaccinations have been accelerating in India, the second-most populous country with 1.4 billion people.

On Friday, the health ministry said that a record 25 million shots were administered in one day. It was the birthday of Prime Minister Narendra Modi and his 20 years in public office. That is 2 1/2 times its previous daily record - 9.3 million shots on Sept. 2 and more than seven times the level reported three months ago, according to the Our World in Data Project at Oxford University.

India has administered the second-most doses in the world at 807.6 million, behind No. 1 China with 2.18 billion but ahead of the United States with 383.5 million, according to Johns Hopkins tracking.

Indonesia's vaccination rate is 29% for one dose.

Iran's vaccination rate is 27.6% for one dose. Iran's deaths declined 21% though it moved past France for most deaths, and cases dropped 23% with 15,975 Sunday.

But Japan is lagging in vaccinations with 65.4% of the population getting at least one dose, according to tracking by Bloomberg.

Japan has a 14-day quarantine request for travelers from overseas and began issuing vaccine passports in late July. The certificate is not accepted in the U.S. mainland, a major destination for Japanese business travelers.

A state of emergency, including a soft lockdown, is still in effect until the end of the month in Tokyo and 21 of the 47 prefectures.

The pandemic began in late 2019 in Mainland China, but the nation has reported only a few deaths in the past 12 months and stands in 76th at 4,636 behind Lithuania with 4,793. China added 66 cases Sunday. All 43 of the locally transmitted cases were in Jujian province.

Putian, a city of 2.9 million people in Fujian province south of Shanghai city, last week suspended bus and train service, with cinemas, bars and other businesses.

In South Korea, social distancing restrictions are in place through at least Oct. 3 with a Thanksgiving holiday later this month.

The nation's vaccination rate among the total population is 69.8% with at least one shot.

"That is a record that did not exist in the previous waves," Health Ministry Director-General Nachman Ash said last week. "A week ago we were in a clear downward trend; in recent days we've been seeing that decline stop."

The nation has a high vaccination rate despite the surge: 67% of its population with at least one dose.

Israel has a Green Pass that enables only those who have been vaccinated against COVID-19, recovered from the disease, or recently tested negative for the virus to access most indoor public places and crowded outdoor attractions.

In Europe, Covid-19 deaths increased 5% but cases were down 6% in the past week.

On Tuesday, Prime Minister Boris Johnson unveiled a blueprint in England to prevent going into a full lockdown, including offering vaccines for those 12-15 years old and beginning a booster program for others. Businesses will be encouraged to consider using the NHS Covid Pass on vaccinations or test status of customers.

Britain's vaccination rate for the population is 72.7% with at least one dose.

He said the vaccination efforts would "give us the confidence that we don't have to go back to the lockdowns of the past".

Most of the restrictions were lifted on July 19.

In the 27-nation European Union's vaccine certificate program, people who have been fully vaccinated can visit England without needing to quarantine. Each nation can implement restrictions.

The EU has recommended removing the United States from its "safe travel" list, meaning American travelers would face restrictions that include quarantine and testing.

Coronavirus remains at a high level in Russia with more than 700 deaths reported daily since July 5.

Russia had the most deaths in Europe last week: 5,464, also second behind the United States.

The United States continues to have a travel ban for European travelers since one year ago March with a quarantine, including being fully vaccinated.

Canada's deaths rose 21% over seven days but only 195 were reported.

"If Mississippi were its own country, you would be second in the world only to Peru in terms of deaths per capita... With all due respect, governor, your way is failing." CNN's @jaketapper presses Mississippi GOP Gov. Tate Reeves on the state's Covid-19 death rate. #CNNSOTU pic.twitter.com/P93FGrhroi

Canada has the best one-shot vaccination rates of the three largest countries in North America at 75.4%. Mexico's percentage is 48.3%, though it was the first Latin American nation to begin vaccinating people.

Mexico has a stoplight system for coronavirus risk.

The United States' non-essential travel ban with Canada and Mexico has been extended through Tuesday. It began one year ago in March. Earlier, Canada announced it was reopening to vaccinated Americans.

On Thursday, Pfizer and BioNTech unveiled an alliance with Eurofarma Laboratories of Brazil to produce their Comirnaty vaccine for distribution in Latin America.

Of the more than 3 billion doses the companies planned to be delivered worldwide, about one-third are slated for low- and middle-income countries. Earlier this month, the Pan American Health Organization said it would begin supplying COVID-19 vaccines to Latin America this fall.

Last month the countries announced an agreement to manufacture their COVID-19 vaccines in South Africa.

South Africa has vaccinated just 19.3% of its population with at least one shot.

Africa has 16.72% of the world's population but its share of vaccinations is 2%.

The World Health Organization is warning more vaccines are needed in Africa to prevent the continent from turning into a breeding ground for new variants, including those resistant to existing vaccines.

"The staggering inequity and severe lag in shipments of vaccines ... could end up sending the whole world back to Square 1," said Matshidiso Moeti, WHO's Africa director said at a Thursday news briefing. "As long as rich countries lock COVAX out of the market, Africa will miss its vaccination goals. The huge gap in vaccine equity is not closing anywhere near fast enough. It is time for vaccine manufacturing countries to open the gates and help protect those facing the greatest risk."

The WHO's goal is to have 70% vaccination by the middle of next year.

The international COVAX initiative recently announced that it was being forced to slash planned deliveries to Africa, by around 150 million doses this year to deliver 470 million. These will be enough to protect just 17% of the continent, far below the 40% target,

South Africa passed Spain in the past week to 86,174 deaths, including 58 Sunday. And cases rose 2,281 most recently.

New Zealand's deaths remain at 27 after one each the past two weeks, the first reported since Feb. 16. Australia's toll increased to 1,162, with 14 reported Sunday and 64 in a week.

In Australia, Victorian Premier Daniel Andrews said restrictions will only ease when 70% of eligible residents receive at least one vaccine dose. So far, it's 56% of people aged 16 older with the total population at 57.9%.

Victoria has been under a lockdown since June 26.

On Saturday in Melbourne, at least 235 people were arrested and 10 police officers injured after an anti-lockdown protest. About 2,000 police officers were in the city's central business district.

"What we saw today was a group of protesters that came together, not to protest freedoms, but simply to take on and have a fight with the police," Victoria Police Commander Mark Galliott told reporters. "That's what we saw were angry, aggressive young males, they had to fight the police not to protest about freedom."

New South Wales reported 55 deaths in the past five days, but the government will ease restrictions in western Sydney where the rules were harsher. Sydney has been under a lockdown since mid-June.

"They have led the way in our vaccination rates, they have shown us the way, and what it means to be resilient and strong," Premier Gladys Berejiklian said Sunday.

Fully vaccinated adults in those areas can exercise outdoors with no time limits and gather in groups of five outdoors within 3 miles of their home.

Restrictions will be lifted for fully vaccinated people in New South Wales once 70% of the nation 16 and older reaches that status, which is projected in late October. 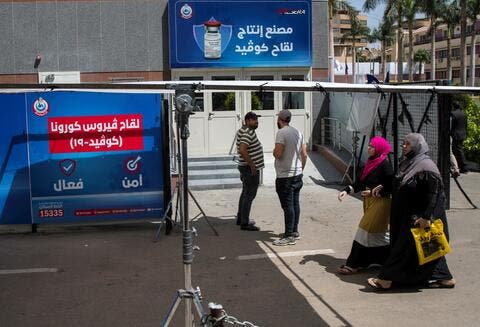 Guam, a territory of the United States with fewer than 200,000 residents, has 179 deaths with none Sunday and 13,438 cases, including 94 most recently. Guam, which added 20 deaths in the past week, is on the Centers for Disease Control and Prevention's highest travel risk level of 4 along with the U.S. Virgin Islands with 67 deaths and 6,458 cases. Countries include Brazil, Britain, France, Iran, Israel, South Africa.