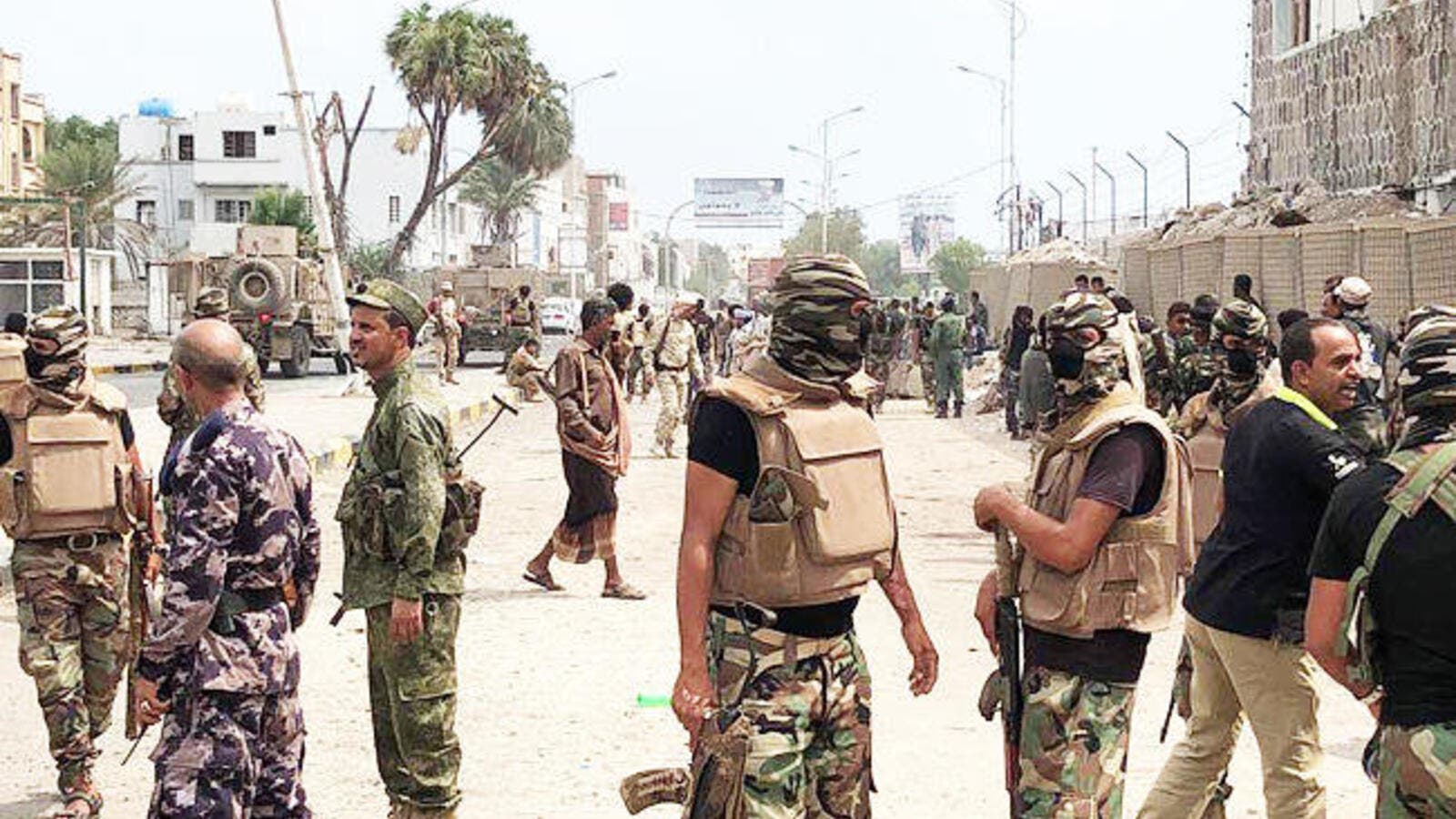 Yemeni men and security forces inspect the site of a suicide bombing in the southern port city of Aden, in this November 5, 2017 photo. (AFP)

Military general and tribal leader loyal to Yemen’s ousted president Ali Abdullah Saleh has declared his support for government forces and vowed to take part in the current raging war against the Iran-backed Al Houthis.

Major General Fadhel Yahya Al Qawsi, the former commander of Special Security Forces and a tribal figure from the northern province of Dhamar, decamped to the central province of Marib where he pledged support for the internationally-recognised president, Abd Rabbo Mansour Hadi, and urged other army generals who still back the Houthis to switch sides and head to liberated provinces like Marib and Aden.

“It is a great honor to join the resistance. I am ready to offer whatever is at my disposal to cleanse the country of this stray and alien group,” Al Qawsi told local press in Marib, referring to Al Houthis.

Al Qawsi is the most senior military commander yet who has defected from the Iran-backed Al Houthi camp in protest against their brutal assassination of Saleh on Dec. 4.

Dozens of senior members of Saleh’s General People’s Congress party and military officers have escaped to Marib and Aden as Al Houthis intensify their crackdown in Snaa’a.

On Dec. 2, Saleh officially announced splitting with the Houthis and vowed to “turn a new page” with the Saudi-led coalition.

At the celebration, the governor of Sana’a, Abdul Kawi Shoref, said that a number of officers from the Republic Guards and Saleh’s party have recently arrived in Marib, vowing that Hadi’s government would receive them with open arms.

Meanwhile, on the battlefield, Yemen’s Defense Ministry said on Saturday that government forces liberated a number of small mountains in Nehim district, just outside of Sana’a.

Also, local media reported that at least 22 Al Houthis surrendered to government forces who besieged their mountainous locations in the Bayhan district in the southern province of Shabwa.

Al Masdar Online, an independent news site, reported on Saturday that Al Houthis who fled the province and into surrounding mountains.

Earlier this month, the Yemeni army announced it liberated Bayhan town from Al Houthis who held it for more than three years.