‘We'll Have to Think Whether to Re-Install Trump as the US President’: Russian Anchor

Published July 6th, 2022 - 08:25 GMT
(Twitter)
Highlights
Olga Skabeyev is one of the most loyal TV presenters to Putin in Russian media and is often referred to as the "Iron Doll of Putin's TV".

For the second consecutive month, heated conversations and threats by pro-Putin Russian TV stirred debates, after well-known presenter Olga Skabeyev claimed that Russia "should carefully think before re-installing Donald Trump as US President". 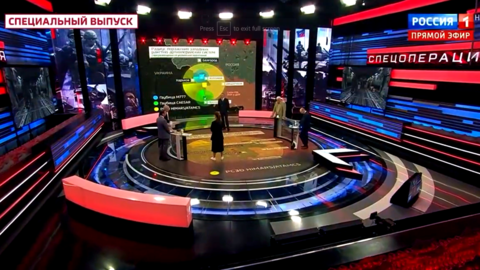 Russian State TV: ‘Ukraine War Nearly Over, WW III Is About to Start'

During her TV show, 60 Minutes aired on Rossiya-1, the "Iron Doll of Putin's TV" Olga Skabeyev hosted several Russian commentators to discuss old remarks made by former US President Donald Trump, promising to "destroy the Russian Federation and Putin's hegemony".

I am almost convinced that "President Trump" was the greatest intelligence operation ever conducted by Russia.

Even though Donald Trump's remarks were made during a speech he delivered at a Texas rally in January 2022, prior to the Russian invasion of Ukraine, the Russian commentator highlighted it and claimed that this will lead the Russians to reconsider "reinstalling Trump as the US President again".

Speaking to her guests, Olga Skabeyev explained "will have to think whether to re-install him again as the American president. We haven't decided yet."

Here is something every Democrat in the country will enjoy. The admission by the Russian press that they, Russia installed Trump to be president. We have to no longer look for the confession of Trump and his cohorts. https://t.co/fBECcoK72P

Not like we didn't know but still to hear it being spoken out loud! Russian State TV admitted they “installed” Donald Trump as President in 2016 & debating as to whether or not they should “install” him again in 2024. Trump colluded with Russia see video: https://t.co/6PsQP2BeIf

The video was shared and translated by Julia Davis, the Columnist at The Daily Beast and the creator of the Russian Media Monitor.

In response, hundreds of Twitter users retweeted the video and questioned whether or not her remarks point to an actual Russian intervention in US elections in 2016, an accusation that was investigated by the US Senate for several years. 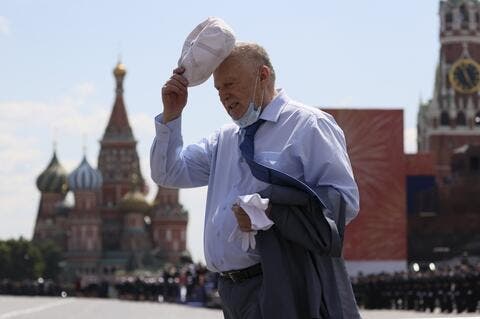 The 'Russia’s Trump'? Who is Vladimir Zhirinovsky?

Julia seems obvious you are spreading propaganda , why is it difficult to understand the word ( Sarcasm) ?? https://t.co/gmf1UU2qoj

Other commentators argued that Olga Skabeyev's claims were part of an anti-western propaganda campaign meant to divide Americans over Russia, to help the latter who is waging a full military war in Ukraine since February 2022.

Olga Skabeyev is widely known as a leading Russian propagandist for her strong stance in support of the Russian military invasion of Ukraine and she usually uses her air time to support policies by Russian President Vladimir Putin.