A federal judge has struck down California's ban on assault weapons, saying it violates the Second Amendment rights of the state's law-abiding citizens. 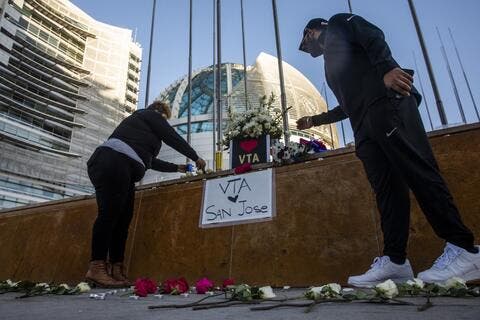 Eight Killed and a Gunman Died in a San Francisco Shooting

"Like the Swiss Army knife, the popular AR-15 rifle is a perfect combination of home defense weapon and homeland defense equipment," Benitez said in his ruling.

"Good for both home and battle, the AR-15 is the kind of versatile gun that lies at the intersection of the kinds of firearms protected," he added, citing Supreme Court cases the District of Columbia vs. Heller and the United States vs. Miller. "Yet, the State of California makes it a crime to have an AR-15 type rifle. Therefore, this court declares the California statutes to be unconstitutional."

Benitez acknowledged that the Supreme Court cautioned in Heller that the Second Amendment does not guarantee the right to keep and carry "any weapon whatsoever in any manner whatsoever and for whatever purpose." But he referred to "assault weapons" as "fairly ordinary, popular, modern rifles."

The AR-15 has been involved in 11 mass shootings, according to a USA Today Fact Check. These include a shooting at Boulder, Colo., grocery in March that killed 10 people, a December 2012 Sandy Hook Elementary School shooting in Newtown, Conn., that killed 20 children and six educators, and a July 2012 Aurora, Colo., movie theater shooting that killed 12 people. The AR-15 was also among other weapons used in a October 2017 Las Vegas shooting that killed 61 people.

California's Attorney General Rob Bonta argued that the AR-15 should be banned under state law because its features are characteristic of military weapons, which are designated to be accurate with rapid firing that is not needed for self-defense.

However, Benitez found that just because the design features were similar to a military rifle that did not take way its "constitutional protection for self-defense."

"As the same time, it actually enhances a firearms constitutional protection for militia readiness," Benitez said in the ruling.

"Today's decision is fundamentally flawed, and we will be appealing it," Bonta said in a statement. "There is no sound basis in law, fact, or common sense for equating assault rifles with swiss army knives -- especially on Gun Violence Awareness Day and after the recent shootings in our own California communities. We need to take action to end gun violence now. We will fight this ruling and continue to advocate for and defend common sense gun laws that will save lives.

"The decision is stayed for 30 days, and the California laws that are subject of the ruling currently remain in full force and effect," Bonta added.

The death toll from the May 26 mass shooting, including the gunman, in San Jose, Calif., rose to 10 the next day, after one of the injured died in the hospital overnight, according to the medical examiner's office. FBI San Francisco special agent in charge Craig Fair told CNN the handguns used in the Northern California shooting were legally obtained and registered.

A US District Judge appointed by George W. Bush overturned California’s three decade old ban on assault weapons tonight. His opinion relies heavily on Justice Scalia’s decision in Heller, even though that opinion said you could ban guns like the AR-15. https://t.co/oIYUDlgpHI pic.twitter.com/4ikTf8Cq0j 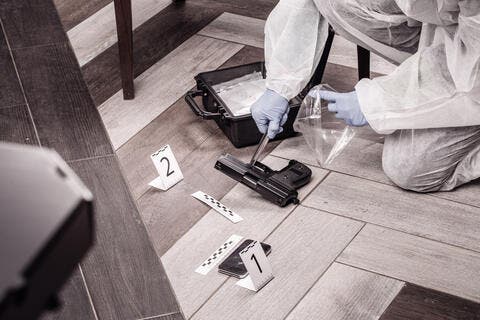 California Gov. Gavin Newsom, who questioned what was wrong with the United States in regards to the frequency of mass shootings in a press conference after the San Jose shooting, also objected to the judge's ruling on assault weapons ban Friday.

"Today's decision is a direct threat to public safety and the lives of innocent Californians, period," Newsom said in a statement. "As the son of a judge, I grew up with deep respect for the judicial process and the importance of a judge's ability to make impartial fact-based rulings, but the fact that this judge compared the AR-15 -- a weapon of war that's used on the battlefield -- to a Swiss Army Knife completely undermines the credibility of this decision and is a slap in the face to the families who've lost loved ones to this weapon. We're not backing down from this fight, and we'll continue pushing for common sense gun laws that will save lives."