The death toll from a tropical storm that struck three African countries climbed to 78 Thursday as emergency efforts continued to repair damaged infrastructure and help tens of thousands of victims. 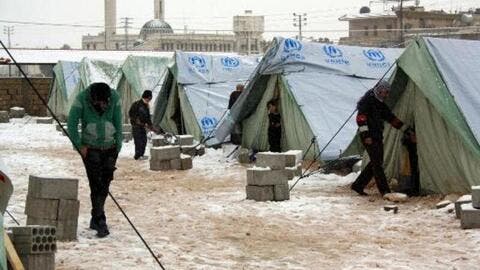 Madagascar’s National Bureau of Risk and Disaster Management reported 41 dead, with 32 deaths in the Analamanga region, including seven people who died following the collapse of a car park in Ankadifotsy.

The bureau reported 422 classrooms damaged and 25 other schools destroyed across the country.

In Mozambique, 18 people were killed, while in Malawi, the tropical storm left 19 people dead.

On Thursday, rescue workers and authorities in the three countries were still assessing the full extent of the damage.

Tens of thousands of homes were ruined as some collapsed under the heavy rain.

Bridges were washed away by flooded rivers, leaving several hectares of crops submerged and livestock drowned.

In Madagascar, the number of displaced across the country amounted to 110,394 people from 24,050 households.

In the capital Antananarivo, schools and gyms were turned into emergency shelters.

In northern and central Mozambique, the storm destroyed infrastructure including 10,000 homes, dozens of schools, hospitals and power lines.

In Malawi, meanwhile, President Lazarus Chakwera on Thursday declared a state of disaster in the country’s south, where the tropical storm wreaked havoc.

He extended his condolences to the families of the people who lost their lives in flood-related incidents.

“Let me assure those affected that the government through the Department of Disaster Management Affairs (DoDMA) and humanitarian partners has already started providing assistance to the affected people,” Chakwera said.

He also appealed for help from both local and international donors.

“Since most of the areas are inaccessible and considering the large number of displaced households, additional resources are required to provide assistance to all the affected people,” he said.

Earlier, the disaster management department said some 216,972 people have become homeless and 107 were injured as Tropical Storm Ana hit the southern part of the country.

Flood-prone neighbourhoods have been submerged in Antananarivo, #Madagascar.

Around 2,400 houses have been affected by the #flooding.

12 accommodation sites are now operational, thanks to @BngrcMada.@MadaRedCross is assessing community needs to help inform the response. pic.twitter.com/7gpt4UFK1u

The southeast African nation of over 20 million people also plunged into darkness after floods damaged part of the country’s main hydropower plant, forcing it to shut down.

Water pumping stations into cities have stopped working due to the lack of power, resulting in water shortages in all major cities.

The Ministry of Education temporarily suspended classes at all public schools in the southern region to protect the lives of students in the affected areas.

Heavy damage has also been caused to infrastructure such as roads, bridges and buildings.

Disaster and Management Affairs Commissioner Charles Kalemba said they have deployed a search and rescue team comprising the defense force, police, and the Department of Marine Services.

“They will have to assist the Malawi Red Cross Society in rescuing people feared to be trapped,” Kalemba said in a statement. 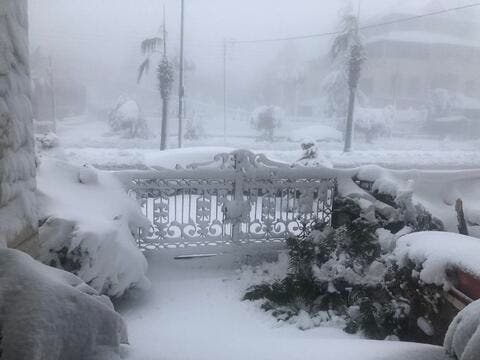 Their Own Snowmen: Jordanians Have a 'Snow' Field Day

Southern Africa, and especially Mozambique and Malawi, have suffered repeated destructive storms in recent years attributable to climate change, which has made weather-related disasters more frequent.