Meet The Woman Who Can't Remember Stabbing Her Boyfriend

A teacher trainer fighting a murder charge after plunging a kitchen knife into her boyfriend's heart told a jury today she has no memory of stabbing him. 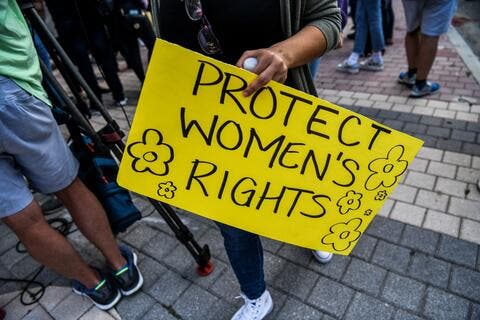 Charlotte Kerr, 36, admits killing 29 year-old Giovanni Wallace, but claims she was acting in self-defence during yet another row, which began with him 'aggressively' kicking her out of bed.

'I have told you everything,' claimed Kerr when cross-examined by prosecutor Danny Robinson QC. 'I want to be able to give his family the answers.

'I have spoken to grief counsellors, pastors and told you everything I know.'

The couple sometimes even had non-verbal rows via text messages when together in the flat and neighbours reported hearing frequent shouting matches, Croydon Crown Court was told.

Kerr described father-of-two Mr Wallace, whose children are from a previous relationship as 'controlling, jealous and possessive,' and was preventing her fleeing that flat that morning.

She claims he verbally abused her in the living-room, accusing her of cheating, and from behind placed one arm around her neck, pulled her hair and banged her head on the floor.

Kerr told the trial Mr Wallace collected several knives from the kitchen, threw one down on the living-room floor and pointed the largest blade at his own chest.

She says Mr Wallace also placed his hands around her neck and prevented her escaping the flat, asking her: 'Is it a good day to die?'

Believing she was going to be killed Kerr claims she felt a hard object in her boyfriend's pocket, which turned out to be his phone, and armed herself.

'I don't remember picking the knife up, but I know I did. I don't know what was going on when the injury was inflicted,' she told the court.

She denied she was exaggerating to support her case. 'I have not embellished anything. In fact I've held back,' Kerr told the jury.

Mr Robinson asked her: 'You don't want to tell the truth do you?' Kerr replied: 'That's all I want.'

Earlier Mr Robinson told the jury: 'At 7.39am Ms Kerr spoke to a 999 operator and asked for an ambulance to come quickly to Clyde Road, Addiscombe.

'Minutes earlier she had stabbed her boyfriend Mr Wallace in the chest with a kitchen knife.

'When she made the 999 call Mr Wallace was lying on the stairs of the property and neighbours were trying to give him first aid.'

Sadly, despite the efforts of paramedics nothing could be done to save Mr Wallace and he was pronounced dead at the address at 8.26am.

'She told the police officers that attended that she had stabbed Mr Wallace.

'He suffered a stab wound to the chest that penetrated his heart, causing him to lose a large amount of blood.

'She says Mr Wallace was trying to strangle her so she stabbed him to the chest in lawful self-defence.'

Showing photographs of the scene to the jurors Mr Robinson told them: 'You will see some heavy blood-staining to clothing and in the flat's communal area.'

The couple began dating in December, 2019, with Mr Wallace quickly moving into her flat.

However, their rows were so intense neighbours called police to the property in May, 2020 when Kerr was heard shouting: 'F*** off and leave.'

Shortly before his death Mr Wallace asked his father if he could move in with him to get away from Kerr.

'They had a big row about IVF and having children and the defendant was accusing him of having an affair,' said the prosecutor.

Police examined the couple's mobile phones during the investigation.

'They found evidence of a number of text arguments, Sometimes they would argue by text when alone in the flat together.'

A month before the stabbing police found a 4.55am text row concerning 'the rejection of Kerr by Mr Wallace sexually,' Mr Robinson told the trial.

On the morning of the stabbing they were again rowing via text.

'Mr Wallace was asking Ms Kerr to 'shut up' because he wanted to sleep and quickly became very argumentative,' said the prosecutor.

Mr Wallace texted: 'My last ex was like that. I hate you, I really f***ing do. It's the biggest mistake I f***ing made.'

The texting escalated to verbal arguing, even waking-up the next-door neighbour. 'Both Ms Kerr and Mr Wallace sounded angry.

'Shortly before the stabbing the words: 'F*** off then,' were heard and the neighbours downstairs heard loud shouting, mainly from Ms Kerr.'

The downstairs neighbour left their flat and witnessed the bloody scene. 'They saw Giovanni Wallace lying in the communal hallway and Ms Kerr told them to call an ambulance and they started CPR. 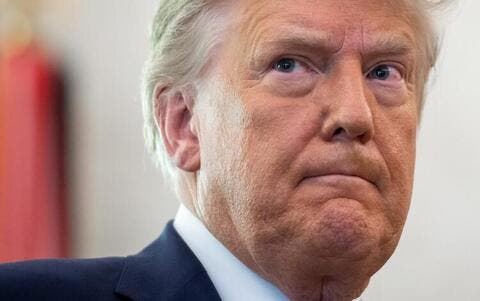 Donald Trump Fined $10,000 a Day After Contempt of Court Ruling

Kerr told her neighbours: 'He strangled me and I stabbed him.'

Kerr has pleaded not guilty to one count of murdering Mr Wallace at the flat on October 25, 2020.