The patriarchs and heads of churches in occupied Jerusalem on Tuesday expressed their deep gratitude and appreciation to King Abdullah, the Custodian of Islamic and Christian Holy Sites in Jerusalem, for his address at the UN General Assembly last Tuesday. 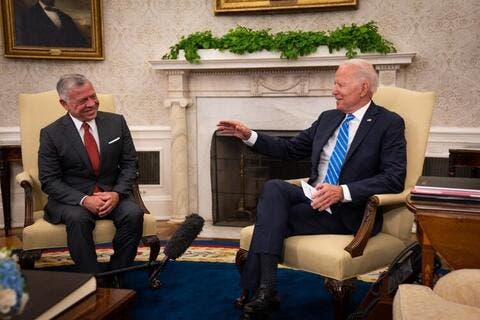 “We, the Patriarchs and Heads of the Churches in Jerusalem, express our utmost gratitude and appreciation to King Abdullah II of Jordan, the Hashemite Custodian of Christian and Muslim Holy sites in the Holy Land, for his true and honest description of the Christian reality in the Holy land, especially in Jerusalem, during his highly respected speech at the General Assembly of the United Nations on the 20th of September 2022,” read a statement from patriarchs and heads of churches in Jerusalem, a copy of which was made available to The Jordan Times.

A statement from the Patriarchs and Heads of the Churches in Jerusalem in support of HM King Abdullah II following his speech at the UN Assembly in New York pic.twitter.com/6ymCs3kciO

The church leaders also commended the King’s commitment to protecting the communities and the historical and legal status quo in Jerusalem.

They also praised The King for bringing attention to “the deteriorating situation of Christian basic human rights”, stating that the King's leadership on this issue “sends a strong message to the world”.

The church leaders called on the international community to act upon The King's warning addressed in his United Nations speech.