Not much has changed in Lebanon over the last two years, except for a deepening sense of hopelessness and a worsening economic collapse that make the second anniversary of the Beirut blast even more distressing. 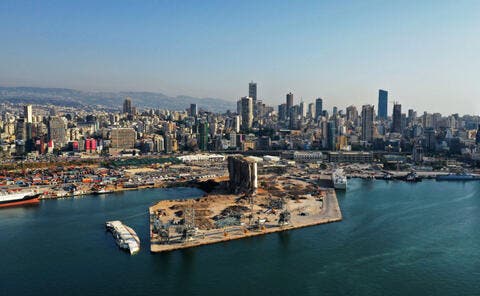 While millions of Lebanese people attempt to live as normally as possible in a country where crises follow one another, time has stopped for more many victims who have been in comas for the last two years, since 2750 tons of ammonium nitrate exploded in Beirut's main port, killing more than 220 people and injuring at least 6500 others. 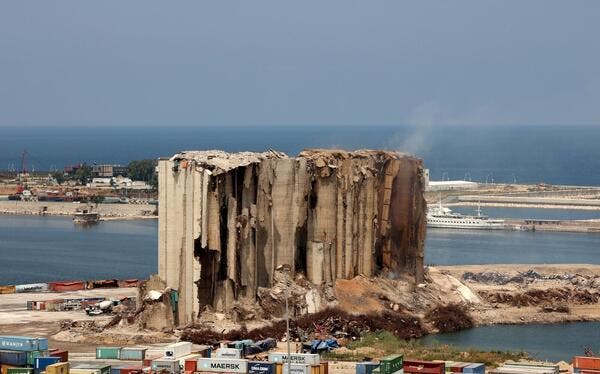 A picture shows the damaged grain silos at the port of the Lebanese capital Beirut, on August 2, 2022, following a partial collapse due to an ongoing fire since the beginning of the month. On August 4, Lebanon will mark two years since the port's massive explosion that killed more than 200 people. It was caused by a stockpile of haphazardly stored ammonium nitrate fertiliser catching fire. The silos, had shielded the western part of the Lebanese capital when the catastrophic blast took place two years ago. (Photo by PATRICK BAZ / AFP)

Since August 4, 2022, the lives of Liliane Shaito and Lara Hayek and their families have not yet gone back to "normal". While Liliane's health is progressing slowly, as the young mother has been able to open her eyes, move her hands, and understand what people say while around her, Lara is still unconscious for yet another year.

Lara Hayek's mother has been interviewed recently by Lebanon's Daraj Media, telling them she still has some hope that her daughter will someday wake up.

Lara's mother also talked about her mixed feelings, between being lucky to still be able to see her daughter on a daily basis and comparing herself to hundreds of Lebanese people who unexpectedly lost loved ones two years ago.

Meanwhile, Lebanese online people widely shared photos of another victim who remains in the hospital for this second year, despite notable progress on her health condition.

Liliane Shaito, who was a mother of a 2-month old, fell into a coma when the blast hit, as she was shopping in Beirut.

Lilian can move her hand and blink her eyes but her husband deprived her of touching her son after Beirut blast. She compensates her motherly love with a toy! That’s how 🇱🇧 murderous system and its religious laws make semi gods of men to murder the women.pic.twitter.com/FWKajGSqxs

As soon as a recent video of Liliane emerged online, showing her sleeping on the hosptical bed with a toy baby in her arms, social media users decried another form of injustice suffered by the blast victim, who has been deprived of her toddler by her husband and his family ever since the explosion. 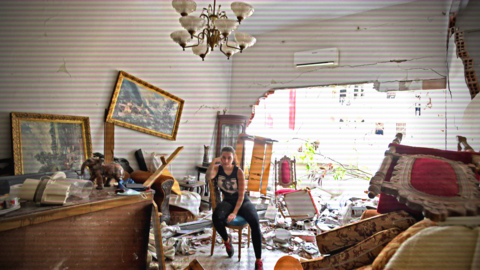 According to Shia family courts, Liliane's husband gets full custody following her injury. However, him and his family have decided to keep the full custody and to keep him away from the mother he only knew for two months.

A mother finds comfort in her child just as the child feels comfort with the mother. A bond like this should never forcefully be broken. It's a crime. A humanitarian crime.#ليليان_شعيتو https://t.co/XV0y2H7AWB

Dencouncing the decision enabled by the Lebanese Ja'fari Court, online people called for a more humane approach to help Liliane overcome the devastating consequences of the explosion and to reunite her with her baby.