Adulteress! Saudi Preacher Throws His Shoe at a Woman Because Her Face Wasn't Covered 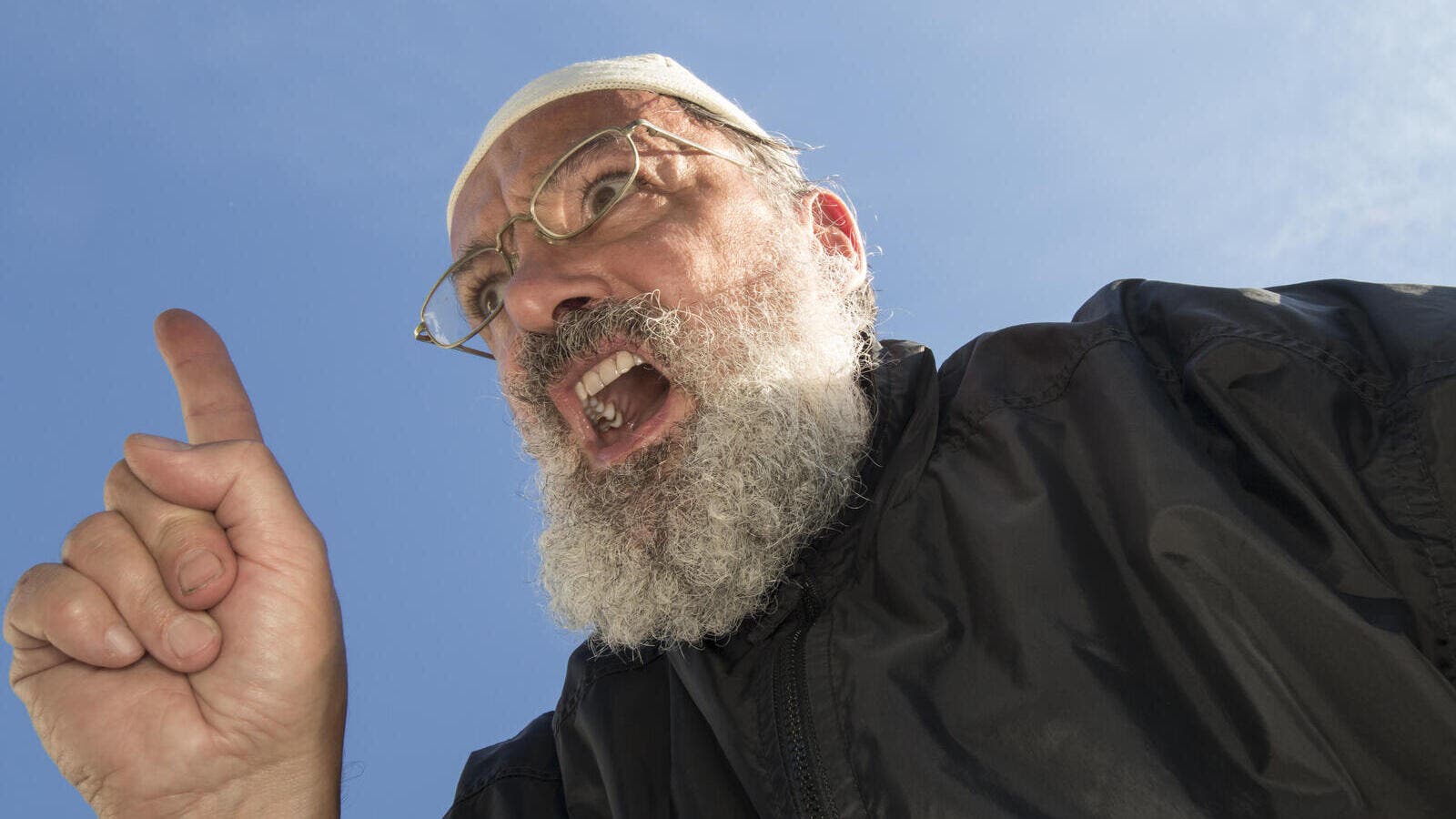 Saudi authorities arrested a self-proclaimed preacher who was captured on video insulting women for sinning before throwing his shoe at the woman who was filming him.

Translation: "Watch: a preacher hurls his shoe at a woman because her face is exposed in public."

The man in question can be seen in the phone-camera footage preaching in a public Saudi street as two women behind the camera start filming.

"Any woman whose scent can be smelled by men is an adulteress. So is any woman who exposes her face, like this woman," he yells out pointing to the woman across the street with the camera.

He then proceeds to remove his shoe and throw it right at her before she lets out a scream and the video cuts off.

Social media users were outraged by the preachers actions.

Translation: "Is this moral advice? God help the woman who was attacked in the street."

Translation: "The only right place for this "Saudi preacher" is a mental health facility."

Translation: "There's no difference between this idiot and Osama bin Laden, ISIS and Al-Qaeda ideologies, Jabhat Alnusra, Hizbul Islam and Boko Haram, etc. They belong in hell, good riddance. Who's going to object?"

According to the local publication Al Marsd News, authorities say he suffers from mental health problems.

But there were also many online who supported the preacher's moral perspective.

Translation: "They say he's mentally ill. I say he's more sane than the wisest people. At least he denounced evil and preached. I can't blame men who preach while women are flaunting themselves before them."

Translation: "Where are these women's parents? Unfortunately see how pious men are ridiculed. The girl was wrong, she has no right to undermine the man while he's preaching. It's his duty to speak the truth to people."

There were also other who tried to justify the preacher's actions.

Translation: "Maybe she provoked him, don't judge until you've seen the story from another angle. Honestly if they were well-intentioned, they wouldn't have filmed him and mocked him."

Translation: "He threw his shoe at her because she was filming him, it's not her right to film, they're both wrong."

Investigations are ongoing, according to local papers.