As thousands of Afghans and foreigners are evacuated from the Kabul airport, weeks after the Taliban took control of most of the country, debates over a potential "refugee crisis" are intertwined with calls to rescue animals from the country. 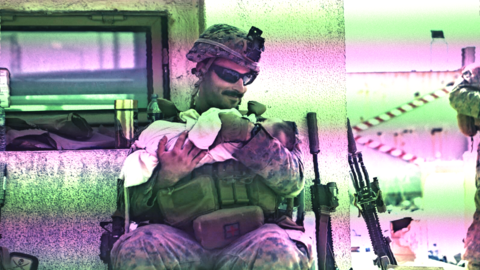 According to US officials, the US Marines will continue to evacuate Americans and Afghans until the 31st of August, which marks the day the US will end its military presence in Afghanistan, almost 20 years after it invaded the country.

US and other NATO officials have talked about evacuating hundreds of thousands of Afghans along with coalition nationals ever since the extremist group regained power and entered Kabul on the 15th of August 2021.

Ever since, western media have been bracing for a new influx of refugees, referring to thousands of Afghans who will be relocated in North America and Europe in the wake of the Taliban takeover. Contradicting voices in several western countries have either welcomed Afghans fleeing the risk of persecution by the Taliban, or weighed in the possibility of the economic cost of the new wave of refugees.

With elections looming in Germany & France EU politicians are determined to avoid the sort of populist backlash that followed the 2015 refugee crisis But experts say the comparison is flawedhttps://t.co/uxt5tbaRF8

I have such conflicting emotions about this. On the one hand I applaud his loyalty to his staff & animals and his service. On the other, even with their own plane & animals in hold, they will be using runway time that could evacuate 100s of people at risk. It’s all heartbreaking

Meanwhile, many have highlighted continuous efforts to rescue thousands of animals from Afghanistan, predominantly dogs and cats.

A British Ex-Marine, Pen Farthing, has appeared on TV urging authorities to help him evacuate more than 200 dogs from Kabul, saying that he "won't leave the city until all animals and staff workers of his animal shelter are evacuated."

There are a lot of cat and dog lovers in the west who are completely blind to the optics of saving animals above humans like this….being lower than a dog in any hierarchy of importance is , for a Muslim , the basest form of humiliation.

This is sick. I genuinely feel ill.

However, he came under fire after reports that his efforts have successfully resulted in the evacuation of 94 dogs and 79 cats by Friday evening, but that he could not save his Afghan staff members who were not allowed to enter the Kabul airport despite having valid UK visas.

Some online commentators questioned western priorities, wondering if animals' rescue efforts suggest that animals will face the same risk of persecution faced by Afghans who have worked with foreigners over the course of 20 years.

Honestly why do you need to "save" animals from Afghanistan? Do you think the Taliban is going to execute them for being kafir? Are they going to keep the female dogs from going to school

Moreover, an online campaign has been able to raise more than $300k to help shelter and rescue dogs in Kabul amid the crisis.