Are Athletes an Exception? Djokovic’s Bid for a Vaccine Exemption Stirs Backlash

It is fairly hard to travel around the world without having received at least two shots of the COVID-19 vaccine. After all, governments worldwide are struggling to curb the spread of the deadly virus that keeps mutating and igniting fears. However, many people still refuse to receive the jabs for a variety of reasons, some of which are international celebrities and athletes who need to travel globally. 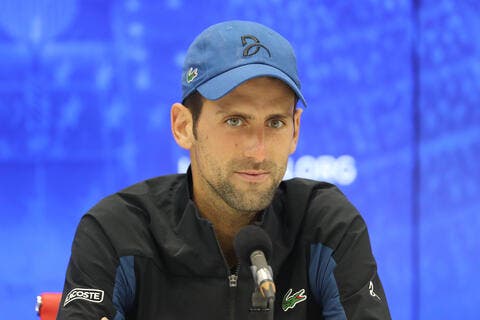 With almost 90% of its above 16 years old people vaccinated, Australia has been implementing strict rules when it comes to welcoming unvaccinated non-citizens, including renowned athletes.

Novak Djokovic detained for 6 hours, interrogated, treated like a terrorist, all over a vaccine exemption.

This is our collective future if these bastards have their way.

If they can do this to a multi-millionaire superstar, what are they gonna do to you?

The world's No.1 tennis player, Novak Djokovic, is amongst people who have not yet received the COVID-19 vaccine. Yet, he needs to be in Australia this week to take part in the 2022 Australian Open tournament.

Consequently, 34-years old Novak Djokovic arrived in Melbourne last night after having obtained a visa and a medical exemption, issued by two independent medical panels in the country that is suffering a massive spike in coronavirus infections.

Mr Djokovic’s visa has been cancelled. Rules are rules, especially when it comes to our borders. No one is above these rules. Our strong border policies have been critical to Australia having one of the lowest death rates in the world from COVID, we are continuing to be vigilant.

On Djokovic, Serbian President Aleksandar Vucic has released a statement:

"I told our Novak that the whole of Serbia is with him and that our bodies are doing everything to see that the harassment of the world's best tennis player is brought to an end immediately."

Hours after Djokovic made it to Australia, border officers examining his paperwork announced revoking his visa and transferring him to a government-detention center, in preparation for deportation in a few days. This decision has infuriated Djokovic's team and the Serbian president who sent his national a message of support.

A number of Novak Djokovic's fans protested in Melbourne with Serbian flags, accusing Australian authorities of targeting their national hero, who continues to be amongst the world's top tennis players since 2008.

We’ve got Djokovic supporters on the left and refugee advocates on the right.
One Djokovic supporter just said to me “I feel so ignorant. I came here for him, and find out they’ve been locked up nine years. It’s so wrong.” pic.twitter.com/elBDkJAZEl

Guys, it’s important to note we don’t *know* Djokovic got an exemption because he’s a famous tennis player. It might have just been because he’s rich.

Several online commentators have questioned demands by Djokovic and his supporters who are trying to pressure Australian authorities to give him special treatment based on his status as a well-known athlete.

On Monday, Novak Djokovic won his legal bid for a medical exemption and was allowed to leave the detention center to defend his tennis title in the 2022 Australian open.

Can The UN Solve The Sudanese Crisis?

Leading Jerusalem Out of The Darkness of Jewish Extremists