ALBAWABA - Can the US president Joe Biden eventually make the move and re-open the American Consulate in East Jerusalem? This is a pledge he made during his election campaign to become US president. However, now in the White House, he is facing a lot of pressure to ignore the move! 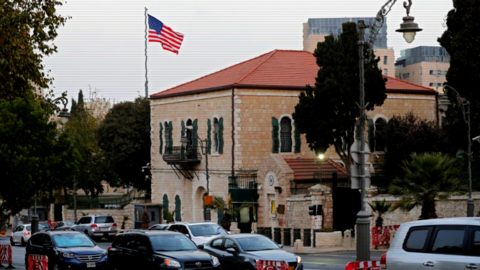 Why Would Israel Cut US Diplomats off Water and Electricity?

'No to a Palestinian consulate.' Zionist Organization of America launches billboard campaign against planned opening of Jerusalem consulate. https://t.co/i5AuCmXh44

His opponents, Israelis of course and those from the Republican Party are not at all satisfied with his commitment to keep the US Embassy where it is, a move made by the ex-US president Donald Trump in 2018. He then ditched the decades-old US policy and blatantly moved the United States Embassy from Tel Aviv to Jerusalem. They want their full pound of flesh so to speak.

Today, Biden and his Secretary of State Anthony Blinken are in a conundrum. They want to reopen the Consulate to serve the Palestinians of East Jerusalem, the West Bank and even Gaza but they seemed to be riddled with doubts and procrastination because of the pressure applied on the US administration.  What to do? Maybe wait, and watch as the clock ticks forward. Time heals but time also frustrates.

The Zionist Organization of America (ZOA) launched a billboard campaign against the opening of the American Consulate in East Jerusalem.

"No to a Palestinian consulate. Yes to an undivided Jerusalem" pic.twitter.com/au3UlC7fW1

To make sure that the new administration goes as slow as possible an old/new outfit calling itself the Zionist Organisation of America has launched a billboard campaign under the slogan: "No to a Palestinian consulate. Yes to an undivided Jerusalem".

It's like catchy tunes, playing with historical facts because it is the creation and establishment of Israel in 1948 that divided and tormented Palestinian lands including that of the holy city of Jerusalem.

In addition to that, the US Consulate - termed as the Consulate-General - existed in Jerusalem since 1844 in the Old City. It is ironical since Israel - and as everyone knows didn't even exist then until a 100 years later. So to argue, as the Zionist campaign does that opening up the US Consulate constitutes dividing up the city, that is already split, is really playing with the truth and re-introducing half-truths. 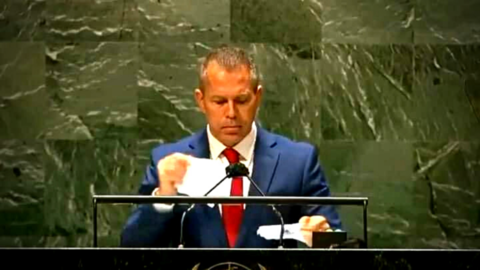 But leaving that aside, Biden today faces much pressure from Republican senators  35 of whom are introducing a bill in the Congress to prevent the US Consulate being opened and to keep it firmly within the confines of the newly constituted American Embassy in Jerusalem.

The Palestinians, including President Mahmood Abbas and Prime Minister Mohammad Ibrahim Shtayyeh are pushing the Americans but there is little that they can do if pressure is coming from the other side.

Will the US Consulate open its doors in East Jerusalem? Everyone is watching and hoping because it would show the American administration is committed to the long stalemated peace process.