Is Denmark Challenging Qatar Amid the World Cup?

In less than 60 days, the world will witness the start of the 2022 FIFA World Cup, the international tournament preferred by football fans and the first to be held in the Middle East, specifically in Qatar. 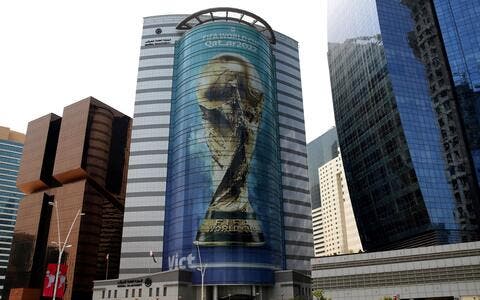 While preparations for the 2022 FIFA World Cup in Qatar are wrapping up, welcoming nearly 1.2 million visitors, a new controversy has been promoted by online reports of plans by the national team of Denmark to sport a black jersey outfit on one of its matches during their World Cup.

Denmark will wear team jerseys at the World Cup that protest the human rights record of host nation Qatar, with a black option unveiled to honour migrant workers who died during construction work for the tournament.#Footballhttps://t.co/cPPWTz0byv

According to sources, the national team of Denmark is planning the black outfit as a mourning gesture for the "thousands of migrant workers who lost their lives while building the country’s World Cup stadiums."

The announcement that was made on Hummel Sport's official Instagram account has stirred varied reactions, as many questioned whether Denmark's message will be considered a political one or not, especially since FIFA regulations strictly prohibit participating teams in international tournaments from expressing any political statements.

Others considered the black jersey gesture a human rights one rather than political, urging organizers to allow it.

For several years now, reports of mistreatment of migrant workers who were part of teams that constructed the country's 8 World Cup stadiums, causing major international attention, particularly a report by the Guardian of 6500 deaths since 2011. 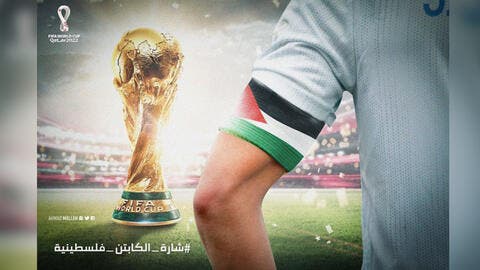 Wow. But is this enough?

"Black ⚫ The colour of mourning. The perfect colour for Denmark's third shirt for this year’s World Cup."

What do you make of Hummel's decision to make their logo and Denmark's logo less visible on their kits for the #Qatar #WorldCup ? pic.twitter.com/Bffn65cwuB

In 2020, Amnesty International reported that more than 2 million migrant workers, mostly from Asian and African countries, have been part of Qatar's accelerated building program which aimed to prepare the country for the tournament held for the first time ever in the Middle East.

The 2022 Fifa World Cup will be held in Qatar between November 20 to December 18, with the participation of 32 teams.