Published June 26th, 2022 - 10:11 GMT
Ivanka Trump along with her father Donald the former President of the US. (AFP/ File Photo)
Highlights
Ivanka Trump's former friend claimed that the businesswoman had an abortion surgery back in high school.

A former friend of Ivanka Trump, the daughter of Donald Trump who is the 45th president of the United States, claimed that Ivanka had undergone an abortion surgery back in high school. 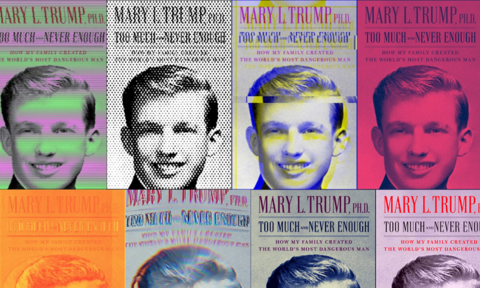 'Flirted With his Niece and Paid for High SAT Scores': 8 of the Darkest 'Secrets' Found in Mary Trump's Book

According to Lauren Santo Domingo, she and some friends of Ivanka Trump, who is currently married to Jared Kushner and have three kids, are said to have accompanied her during her abortion journey and stood with her during that period of her life. 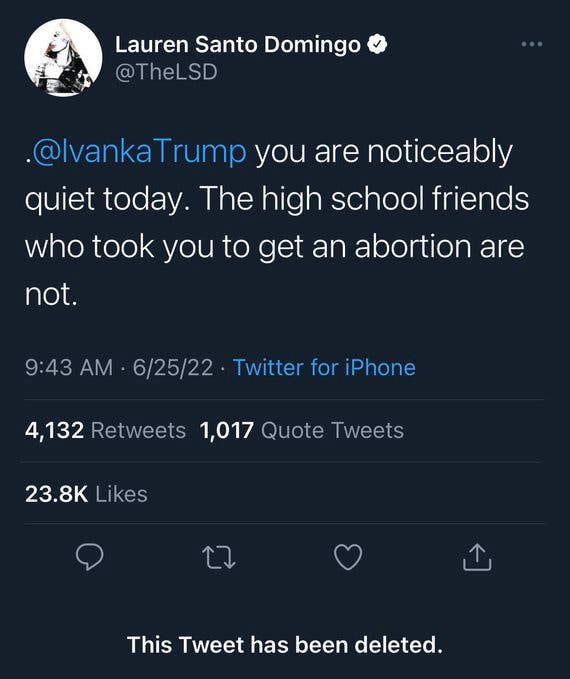 In the deleted Tweet, Ivanka Trump's former high school friend slammed the American businesswoman for being 'noticeably quiet', especially after the latest decision by the US Supreme Court on abortion that triggered massive protests across the country where thousands of people took it to the streets to blast the latest ruling.

Lauren is shocked that Ivanka Trump is being silent in face of the latest ruling by the US Supreme Court claiming that the daughter of the former President had previously undergone an abortion surgery while in high school.

Lauren Santo Domingo is calling out her former friend Ivanka Trump amid the overturning of Roe v. Wade.
The 46-year-old businesswoman and socialite took to Twitter to call out Ivanka for staying silent about the Supreme Court decision. pic.twitter.com/3Djw7jW3dw

Despite that the Tweet was deleted by Lauren Santo Domingo after a few hours, social media users have widely shared the screenshot they took where the former friend of Ivanka Trump admitted that the former President's daughter had undergone an abortion surgery during high school.

In other separate posts, Domingo wrote in reference to the Supreme Court's latest ruling regarding abortion: "'Why aren’t men more mad?' and 'A lot of young men are soon going to realize that this affects them too. #teendad'"

Various reactions emerged on social media regarding the rumor that says Ivanka Trump was pregnant in high school and had undergone an abortion. Others added that despite the latest ruling by the Supreme Court if any member of the Trump family gets pregnant and decides to undergo an abortion all vacancies will be open for them and nothing will stop them.

According to social media users, Lauren Santo Domingo and Ivanka Trump used to be close friends as they were regularly seen together on the social scene in New York City, but their friendship ended after Donald Trump became president in 2016.

How horrible is this? Doesn’t a public figure no matter how deplorable we the public may find their politics still have a right to medical privacy? It’s important to note that ivanka HAS stayed SILENT in the wake of Roe v. Wade being overturned. Shouldn’t her FORMER friends⁉️🤔😢 https://t.co/YziKOGx3g0

The US Supreme Court has decided to erase the constitutional right to abortion overturning a nearly 50 years of federal abortion rights guaranteed under Roe vs. Wade in 1973 triggering massive outrage by the pro-choice group who demonstrated to blast the latest ruling by carrying out banners and chanting slogans such as 'My Body, My Choice,' No Uterus, No Opinion'.