Disappeared, Lying or Dead? The Mysterious Case of a Missing Citizen Journalist Who Covered Wuhan Coronavirus 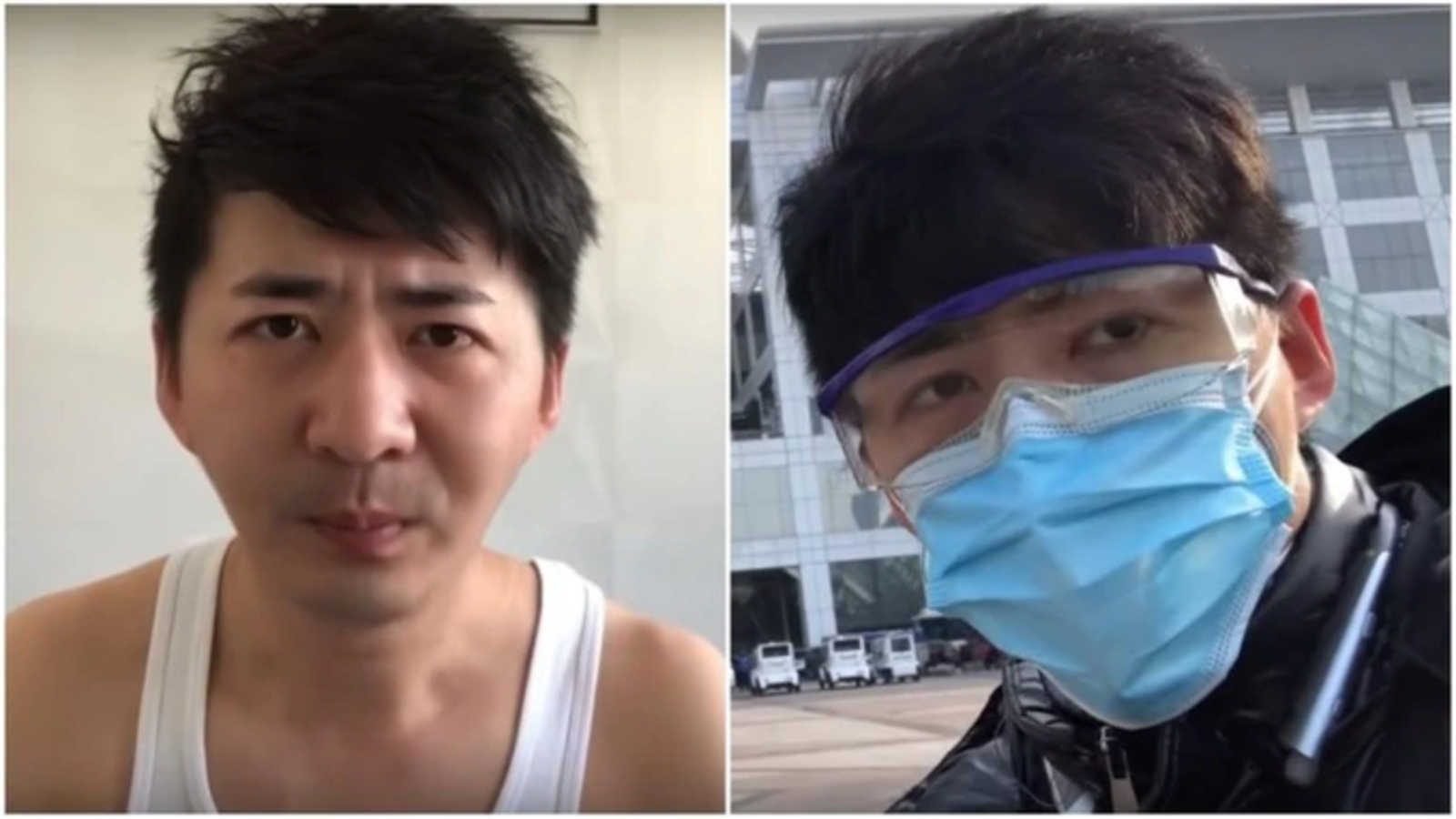 Chinese pro-government commentators are responding to news of a missing citizen journalist by saying he "likes the media attention" arguing that he's "staging his disappearance to generate international publicity."

Chen Qiushi is a lawyer and internet journalist who traveled to Wuhan weeks ago aiming to offer independent coverage of the ongoing coronavirus outbreak in the city.

Using social media, the journalist documented life events in the city where the coronavirus started last month including the building of a new hospital. He was also quite critical of the government's policies on handling the epidemic.

Remember the coronavirus whistleblowers: the Wuhan nurse, the crematorium doctors, Fang Bin, Li Wenliang, Chen Qiushi, Gao Fei. They have either died or gone to prison to tell the world the truth, don’t forget them. There are thousands more we will never know about #coronavirus

This is the translation of Chen Qiushi last interview before going missing with family members of the pneumonia victims in Wuhan epidemic area. https://t.co/OOoiMLXvR2 #coronaviruschina https://t.co/rGeT9WZEfu pic.twitter.com/XrUxDUefdl

In a video posted last week, Qiushi talked about being under the threat of law enforcement authorities but stressed that he will not back down and will keep reporting from Wuhan.

“I'm afraid. In front of me is the virus and behind me is the legal and administrative power of China.”

Citizen journalist Chen Qiushi was reporting on the #coronavirus in Wuhan for the past few weeks until he went missing. More @business: https://t.co/wjd7qNoh8h pic.twitter.com/cQo6lQdqeQ

News of Qiushi going missing sparked worry online under the hashtag #FindQiushi, especially that his disappearance came a few days after the passing of a whistleblower Chinese doctor who exposed the outbreak in its early days.

However, another group on social media came to the defense of the Chinese government, accusing Qiushi of staging the whole thing as a publicity stunt, saying that he's a licensed lawyer who no longer practices law, but has started a media firm in Beijing instead.

This guy has a lot of identities. After he got his lawyer's license, he started a media company in Beijing

Despite his suspected deep connections with some seniors of CCP (who oppose #XiJinping), he is 1 of the very few Mainland Chinese willing to speak against the Communist government & point out what's wrong.

Other people promoted a narrative that the missing journalist is probably under quarantine in Wuhan City where the coronavirus is estimated to have infected about 500k people.

This idiot is probably in quarantine after all the places he went with no protection.

Going in and out of hospital interviewing patients without proper protection!!? He could spread the virus around and got infected himself.

In an interview with CBS, the Chinese ambassador to the US Cui Tiankai was asked a direct question about Chen Qiushi's case and whether he was detained by authorities. The ambassador responded by saying that he "had no information to share about him as he had never heard of him."

@MargBrennan: "Have Chinese authorities detained the citizen journalist Chen Qiushi? He has disappeared and his videos revealed a lot of what was happening with this virus."
@AmbCuiTiankai: "I'm sorry, I have not never heard of this guy." pic.twitter.com/JppVOX7kn6

This Mirror Can Respond To Your 'Mirror, Mirror On The Wall'

Saudi Arabia Will Develop Relations With Israel Once Peace is Achieved