Do Italians Support Russia in its War in Ukraine?

An anti-NATO rally took place in Italy's Verona on Saturday as thousands of people have chanted slogans against NATO, the US, and the EU. Protesters have carried out banners not only against NATO but also against US President Joe Biden. 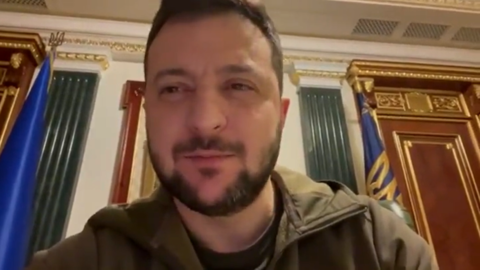 According to the protest's supporters, NATO is sending Ukrainian people to massacre as they accused the NATO countries of planning this war with Russia, the Popular Resistance reported on Monday.

🇮🇹 “NATO is a killer!" - in Italy, the crowd went to a rally against the policies of the United States and the Alliance.

The organizers of the march in the Italian city of Verona supported the rally saying that “this war is organized, desired and maintained by Western forces, led by NATO." Banners at the anti-NATO march were saying: "Born to provoke," followed by an equally explicit statement: "F**k Biden."

Thousands of comments have hit the social media where people said that such protests have not only taken place in Verona but in more than one Italian city. Furthermore, others said that anti-NATO protests are now taking place in various cities in Germany, and Bulgaria.

NATO is the reason we've had 80 years of peace in europe. So, you know. If you want more wars between European nations, get rid of NATO.

The protest organizers said that at the start of the war they didn't have a side in the Russian war on Ukraine, but they have searched and analyzed the situation and realized that the official narrative, as for COVID, is totally unreliable.

Social media users have widely shared the video of the anti-NATO protest in Italy's Verona and shared their own perspectives about NATO and the Russian war in Ukraine.

Libya is yet to recover itself from the inhuman bombings and the use of "good terrorists" to make Libya a failed state.

How can a military alliance be good for humanity? Of course, it is EVIL! https://t.co/VpA3qg8da3

Various opinions emerged online as some claimed that the EU countries are already planning to leave NATO while others dispatched such allegations saying that NATO is the reason behind preserving peace in Europe. On the other hand, a small group has accused Italians of being pro-Russia in its war against Ukraine.

"How can a military alliance be good for humanity? Of course, it is EVIL!" a person tweeted justifying that Libya is still trying to heal itself from the inhuman attacks and the use of "good terrorists" in reference to NATO's interference in Middle Eastern country's internal affairs.

People vs politicians.... that is the current war

Russian President Vladimir Putin has announced a "special military operation" in Ukraine on February 24th. According to statics, over 5.8 million Ukrainians left the country, and a quarter of the population was displaced in the world's worst refugee crisis since WWII.

The alliance continued despite the dissolution of the Soviet Union and it has been involved in military operations in the Balkans, the Middle East, South Asia, and Africa.