After over 14 years, court sentences Yaser Abdel Said, an Egyptian man who is convicted in killing his two daughters back in 2008 in the US, to life without the possibility of parole, CNN reported citing the office of Dallas County District Attorney John Creuzot. 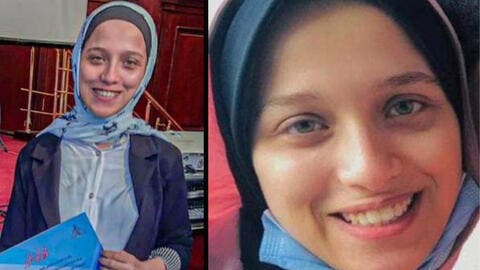 Yaser Abdel Said was accused of slaying his two daughters, 18-year-old Amina and 17-year-old Sarah, after he deceived them of taking them for a taxi drive for food on January 1st, 2008.

According to reports, the Egyptian migrant shot dead his two daughters and left their bodies in his cap before disappearing for 12 years.The FBI's has placed Yaser Abdel Said's name on the top-most wanted list for 6 years.

The Egyptian man claimed that he killed his two daughters in the name of 'honor'. However, District Attorney Creuzot said that: ""There is nothing honorable about what Yaser Said did." adding that "Dallas County has shown Mr. Said that there is no excuse for taking another human life."

Let’s take a moment to remember Amina and Sara, 2 girls that were killed by their father Yaser Abdel Said (an Egyptian immigrant in the U.S) for not practicing Islam and having boyfriends. Yaser has been sentenced to life in prison without parole.https://t.co/tvMR4nxuMI. pic.twitter.com/kiT50GzfqS

The court's decision of handing a life term jail for Yaser Abdel Said over his 2008 cime where he killed his two young daughters was met with great celebrations online as social media users hailed the Attorney's sentence saying that the Egyptian father deserves even more.

Glad they caught and sentenced Yaser Abdel Said. He already was locked up two years after being on the run for 12 years pretty much. I remember first hearing about his story on YouTube and how he was never caught.

Statement reveals that Said managed to escape arrest and jail for a long time, but he was finally held under the hands of the police on August 26, 2020, in Justin, Texas.

Said has a long history in abusing his two daughters, as one of the girls said her father physically and sexually abused them tried to kill them and he even took Amina to Egypt allegedly to arrange a marriage for her to a much older friend of his, but Amina rejected the marriage.

Tom Holland Opens up About His Mental Health