Published July 26th, 2022 - 11:24 GMT
In this file photo taken on May 23, 2015, Egyptian activist and blogger Alaa Abdel Fattah gestures from behind the defendant's cage during his trial for insulting the judiciary alongside 25 other defendants including ousted Egyptian president Mohamed Morsi, who was recently sentenced to death, in Cairo. (Photo by Khaled DESOUKI / AFP)
Highlights
The British-Egyptian political prisoner has been ona hunger strike for 115 days.

Sister of the British-Egyptian political prisoner Alaa Abd El-Fattah has been worried about his health in prison after jail authorities claim that Alaa is refusing to show up and meet his family during prison visits time twice in a row. 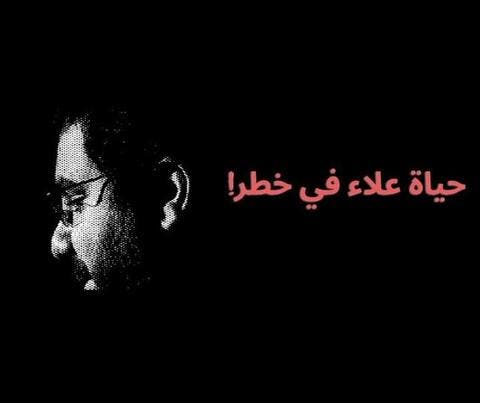 In a social media post, activist Mona Seif said that prison officials told her mother that the political prisoner is refusing the visit by his family without providing more information about his health inside jail taking into consideration that Mona's brother has been on a hunger strike for 115 days.

Once again the prison authorities claim @Alaa is refusing the visit. Not even a hand written note from him to our mother saying so??!
What is happening to Alaa? What have they done to him? Why are they preventing his visits?

According to Alaa's aunt who quoted Laila Soueif, the political prisoner's mother saying: "What I know is that my son is being kept from me, when he's been on hunger strike for 115 days, & when a few days ago Ahmad Doma's visits were cancelled & it turned out he'd been beaten up".

Speculations about the health of the political prisoner Abd El-Fattah have been on the news as his family is worried about whether he is refusing to show up and meet them or he is banned by prison authorities.

Laila Soueif is said to have submitted official telegrams to Egypt's Minister of Interior, and now she is once again in front of the 'prison .. waiting' with hopes to hear any information about her son.

While Mona Seif revealed that she has submitted a complaint to the Egyptian Public Prosecution requesting to hear back about the political prisoner's from inside jail adding that she received an official message that it was dismissed.

I just received an official message from @EgyptianPPO notifying me that the official complaint i submitted yesterday (# 179304) was dismissed. I hope that means they have resolved the issue and we'll hear from @alaa today, and not that they are IGNORING us and our worry#SaveAlaa

Alaa Abd El-Fattah started a hunger strike for 115 days now as he was arrested and sentenced to 5 years in jail after sharing a Facebook post about prison conditions in Egypt, the support committee statement said.

Human rights activists have slammed the UK's Secretary of State for Foreign and accused her of ignoring Alaa's case, especially after the Egyptian political prisoner's acquiration of British citizenship last April from inside prison through his British-born mother. 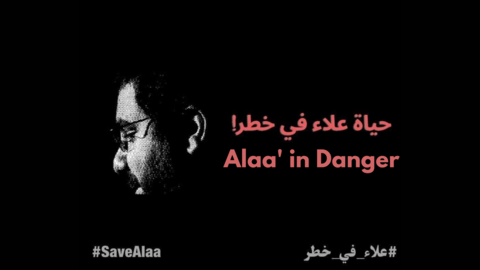 What is happening with @alaa? No visit and no letter for 2 days running?

Every day that you are campaigning, @trussliz, is another day he is dying!

You are still Foreign Secretary - save the life of your citizen imprisoned unlawfully abroad!#FreeAlaahttps://t.co/xElJLciiib

Alaa Abd El Fattah is an Egyptian blogger, software developer, and political activist. He has been active in developing Arabic-language versions of important software and platforms. He was first arrested for allegedly organizing a political protest without requesting authorization and then released on bail on 23 March 2014 and again in September 2014.

The political prisoner then was arrested again in 2015 and served a 5-year- jail term till 2019 before being released in late March 2019. Abd El-Fattah, 40, was re-arrested following the 2019 Egyptian protests where he was accused of "spreading fake news" and got a 5 other years sentence.