About three months after he stepped down from heading the national intelligence agency of Israel, Yossi Cohen is facing an official probe into a $20,000 gift he and his daughter received on her wedding day from Australian billionaire James Packer. 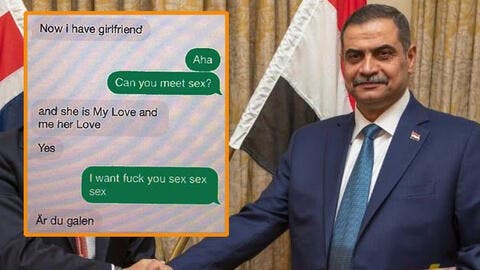 Israel's Attorney General received a complaint that outgoing Mossad head Yossi Cohen had breached operational security by sharing sensitive information with a flight attendant, a breach which was known to agency officials.
Cohen denies the allegationshttps://t.co/OHG2R5YFi3

Even though the probe does not yet mean that Cohen is officially accused of corruption, investigations are going to explore whether or not the gift the Cohens received during the wedding was part of a no quid pro quo or request.

According to the Jerusalem Post, a Mossad lawyer had advised Cohen to accept the gift from Packer. However, as Packer's name has been highlighted in corruption cases engulfing the former Israeli Prime Minister Benjamin Netanyahu, questions are rising over the motive of the extravagant gift.

This is not the first corruption scandal facing Cohen. Last month, Channel 13 has reported concerns that the 60-year old former head of intelligence "may have disclosed classified information to an unnamed flight attendant he was having an affair with for about two years".

In response to the reports, Cohen strongly denied the news, telling the Israeli broadcaster: "There is no flight attendant, there is no close relationship, the attorney general has not contacted me" regarding the accusation."

This is the same shameful method used before against Netanyahu and now against excellent former head of Mossad Yossi Cohen!@JohnRossomando @rnovoa https://t.co/cMmIaP9kWE

Pro-Netanyahu online users have condemned the probe against Yossi Cohen, saying that "it is part of an organized attempt to destroy the man".