Published January 18th, 2023 - 09:08 GMT
Colombian singer Shakira arrives for the screening of the film "Elvis" during the 75th edition of the Cannes Film Festival in Cannes, southern France, on May 25, 2022. (Photo by LOIC VENANCE / AFP) 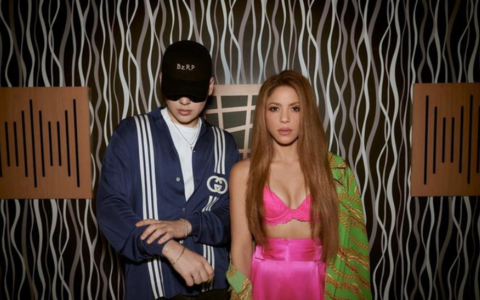 The 45-year-old singer mocked Piqué's new girlfriend Clara Chia in the clip that reached over 141 million views in six days.

The international singer said she is worth two women at the age of 22. Shakira first used car brands to describe herself and Chia by saying: "You traded in a Ferrari for a Twingo."

Referring to herself in the song as a Rolex watch, she added in a contempt attempt that Piqué's new lover looked like a Casio watch.

Feminists mad about that shakira song but she spilled . She is INDEED a Ferrari . She’s SHAKIRA .

Feminists were enraged by the new track and demanded that the singer deletes it because women should never be described, or treated as objects.