For the First Time in Lebanon, Domestic Worker Files a Lawsuit Against her Sponsor

Published October 28th, 2021 - 12:06 GMT
Foreign nationals working as domestics workers take part in a parade to mark May Day and to highlight their plight on May 1, 2016, in the Lebanese capital Beirut. (AFP)
Highlights
About 250,000 migrant domestic workers are in Lebanon. 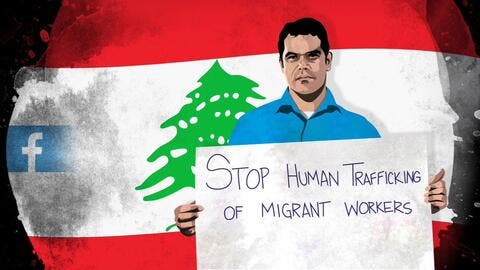 Why do The Lebanese Treat Their Domestic Workers Badly?

In a move that was declared as a victory for domestic workers in Lebanon, a foreign employee has filed a lawsuit against her sponsor, SharikaWalaken reported.

According to the feminist news website, an Ethiopian domestic worker in Lebanon has taken her sponsor to the court to complain about her injustice 8-year period of harsh work in Beirut.

An Ethiopian domestic worker, Mazzaret, 38-year-old, has finally decided to not to be silent anymore after 8 years of continuous abuse she suffered during her work period in Lebanon.

The domestic worker was forced to work for over 15 hours a day and wasn’t allowed to leave the house. She also revealed that her sponsor hid her passport and she was banned from talking to her relatives. Mazzaret also faced abuse and violence.

The domestic worker has taken her sponsor and her labor recruitment office into court as she is being represented by the Legal Action Worldwide. However, they didn’t show up at court hearing; In response, the judge decided to proceed with their notification to appear in court in exceptional ways such as placing the notice on their doors and posting it in the courtroom, the Legal Action Worldwide said in a statement.

Every day is a nightmare for many migrant domestic workers in Lebanon. Lemme know when the 'international community' starts demanding that the Lebanese abolishes the Kafala system. https://t.co/ss9tJgz73Q

Domestic workers have been suffering a harsh work conditions in Lebanon that starts with long working hours, deprivation of their days off, as they are also banned from going out, and other violations that may end with assault, beating and murder, without any law protecting the domestic workers’ rights, especially from the sponsorship system.

Reeling from compounding catastrophes, migrant domestic workers are in a dire situation

According to a report shared by Human Rights Watch and Amnesty International, Lebanon’s State Shura Council, the country’s top administrative court, has suspended the implementation of a new standard unified contract.

The standard unified contract, which was adopted by Lebanon's Labor Ministry in September last year, included new protections for migrant domestic workers, including vital safeguards against forced labor, and would have been an important first step toward abolishing the abusive kafala (sponsorship) system. 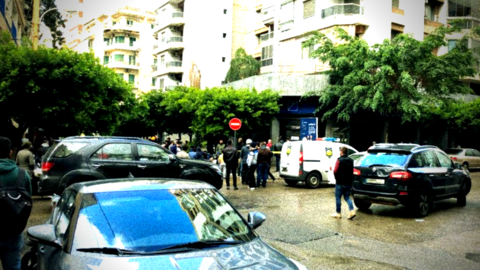 Lebanon has recently released a hotline for domestic workers to complain about any kind of abuse made by their employers adding that social workers will provide referrals to healthcare, legal assistance and government institutions.

About 250,000 migrant domestic workers are in Lebanon. The majority are women who came from African and South and South East Asian countries, including Ethiopia, the Philippines, Bangladesh, and Sri Lanka.