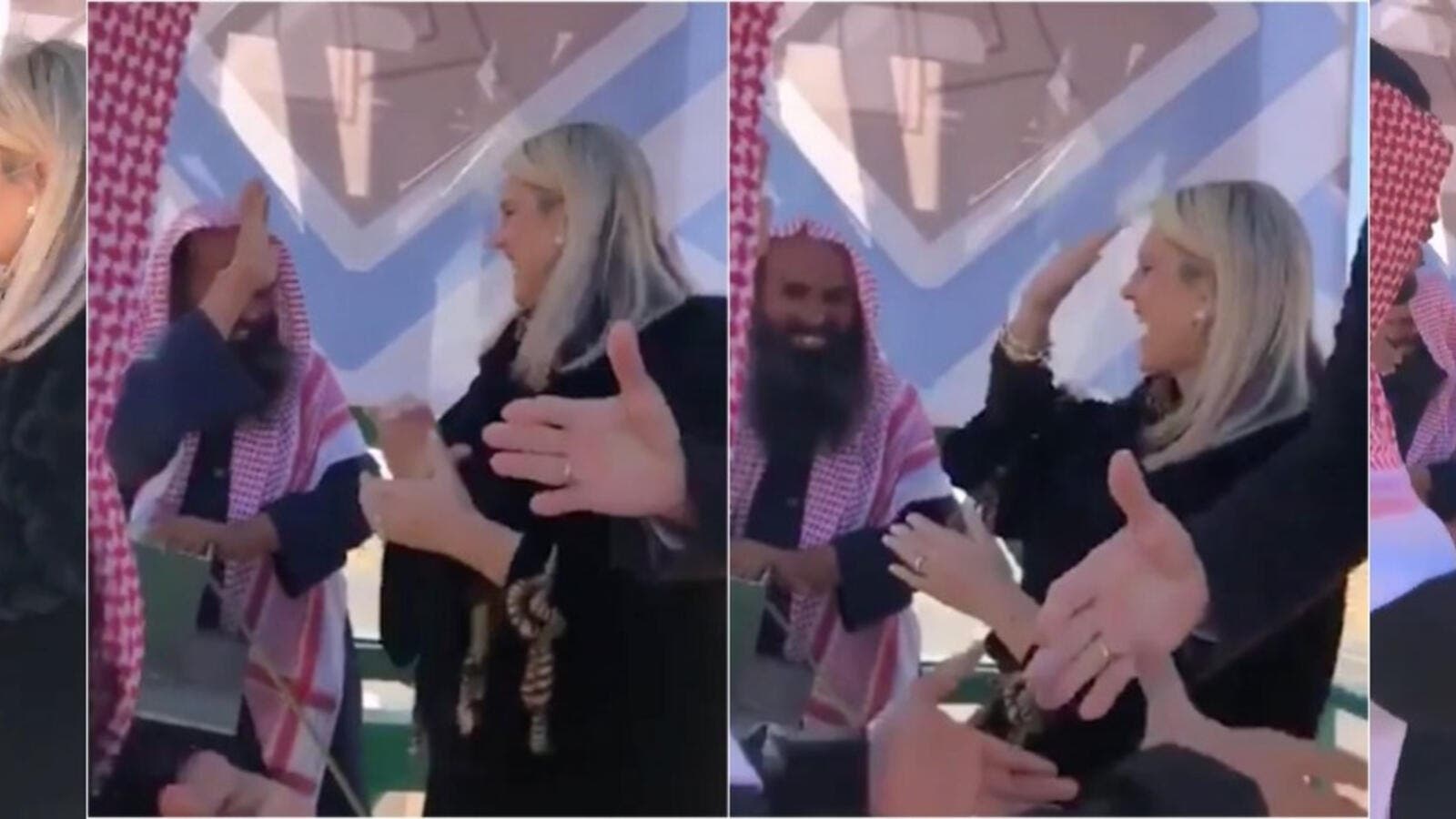 A scandal broke out after social media users circulated a video that sparked widespread controversy in Saudi Arabia.

The video shows the opening ceremony of a camel race in Saudi Arabia, where a foreign woman appeared standing next to a bearded Saudi man, who presumed to be a religious figure or Imam.

After the foreign lady announces the start of the race by pressing a button, everyone begins to partake and express their enthusiasm, while the bearded man salutes the woman by hitting his palm against hers in a high-five.

This hand gesture was enough to enrage the conservative Saudi society, where even a handshake between a man and a woman is up for debate in Islam.

Translation: “God will punish them someday.”

Social media users in Saudi Arabia responded to the video angrily, as some expressed their deep annoyance and anger at the man's behavior, calling it “insulting, irresponsible, and offensive” for committed Muslim men.

Translation: “You should be ashamed of your beard.. You don’t represent Muslim men.”

The majority mocked the incident, making sarcastic comments about the hypocrisy of "Al-Mutawa".

Translation: “Al-Mutawa will give a speech the next day on how it’s halal to shake hands with a female if she was a foreigner..”

On the other hand, some said that if the Imam were a woman, especially if she were Saudi, she would have received much worse comments, and would have even faced penalties.