A Saudi court sentenced a Sudanese media personality and journalist to four years in prison on June 8, 2021, for “insulting the state’s institutions and symbols” and “negatively speaking about the kingdom’s policies” among other vague charges, Human Rights Watch said.

The sentence against Ahmad Ali Abdelkader, 31, is related to tweets and media interviews he shared to Twitter in which he discussed and expressed support for Sudan’s 2018-19 revolution and criticized Saudi actions in Sudan and Yemen. 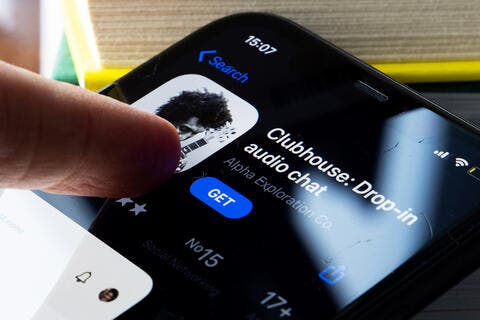 “Jailing a media personality on bogus charges speaks more negatively about Saudi Arabia’s policies than anything Ahmad Ali Abdelkader ever posted,” said Michael Page, deputy Middle East director at Human Rights Watch. “This and other similar prosecutions demonstrate just how determined Saudi authorities are to stamp out even the most minor criticism or questioning on social media and deter all dissent under threat of long prison sentences.”

Saudi authorities arrested Abdelkader when he arrived at King Abdulaziz International Airport in Jeddah on April 19 and detained him first in a police station in Jeddah for 20 days and then transferred him to al-Shumaisi detention center near Mecca. He has been denied access to a lawyer, including legal representation at his trial.

His trial consisted of only two short sessions. In the first, the charges were read out to him, and the judge denied him the chance to defend himself. In the second, the judge immediately read out Abdelkader’s sentence, a source with direct knowledge of the case told Human Rights Watch.

Translation: HRW condemns the rule of a Saudi court sentencing a Sudanese journalist on charges of criticizing the Kingdom's policies.

Abdelkader lived and worked in Saudi Arabia for five years, between 2015 and December 2020, first as a media coordinator for the Asian Football Federation and then for a Saudi supermarket chain’s marketing and communications department. In December, he left the country with a final exit visa, required to leave Saudi Arabia permanently. In April, he traveled back to Saudi Arabia on a new work visa and was arrested upon entry. Saudi prosecutors interrogated him twice in detention and accused him of behavior on Twitter that was harmful to Saudi Arabia, the source said.

Saudi Arabia’s Jeddah criminal court sentenced him on the basis of tweets and statements made to the media during and after February 2018, most of which he posted while based in Saudi Arabia, as well as email exchanges he had with major international human rights organizations in which he inquired about membership and subscribed and received newsletters. Human Rights Watch reviewed the nine tweets and two media interviews explicitly mentioned in the court ruling and determined that none of them incited violence, hatred, or discrimination, the only categories of speech that countries can target with sanctions under international human rights law.

Some of his tweets refer to Saudi relations with Sudan, including one in March 2020, responding to a tweet by the chairperson of the Sudanese Congress Party on Covid-19 measures, in which he accused Sudan’s military government of taking orders from Riyadh. In one September 2020 tweet on the possibility of Sudan’s normalization with Israel at the behest of the UAE, Abdelkader said that Sudan cannot operate outside of Saudi Arabia’s orbit and is unlikely to normalize with Israel unless Saudi Arabia does so too.

In a July 2018 tweet responding to a Twitter poll conducted by the Saudi-based al-Arabiya news channel asking why Sudanese youth were joining the extremist armed group Islamic State (also known as ISIS), Abdelkader accused Saudi media of targeting Sudan and Saudi Arabia of financing ISIS. In September 2020, Abdelkader thanked the Qatari government, which was in a dispute with the Saudi government, for what he said was its support to the Sudanese people.

The court ruling also cited Abdelkader’s Twitter interactions with an Egyptian journalist for El-Sharq Satellite Channel, Moataz Matar, as well as the fact he had his mobile number saved in his phone’s contact list, as evidence that he belongs to the Muslim Brotherhood. El-Sharq is an opposition TV channel based in Istanbul, and is widely known to be supportive of the Muslim Brotherhood. The ruling did not cite specific interactions. 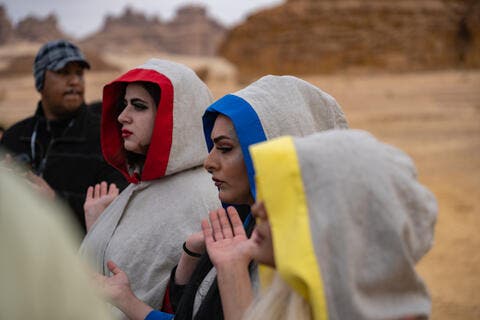 The ruling also mentioned two media interviews Abdelkader conducted with El-Sharq in January 2019 and with the Bosnian N1 TV channel in June 2019 in which he discussed the Sudanese revolution of 2018-19.

The court convicted him on charges of posting tweets “insulting to the states’ institutions and symbols and to the [Saudi-led] coalition forces in their war against terrorist Houthi militias,” “speaking negatively about the Kingdom’s policy and its relationship with the Government of Sudan,” “accusing the Kingdom of interfering in Sudanese affairs,” “exploiting the Hajj season for economic purposes,” “accusing the Saudi media of supporting the terrorist organization ISIS,” and “appearing on media platforms loyal to parties hostile to the Kingdom and speaking on such platforms in a way that is harmful to the Kingdom.”

In addition to the arbitrary charges above, which lack any basis in written or otherwise accessible and foreseeable law, the court also convicted him under articles 6(1) and 13 of the Saudi Arabia’s repressive 2007 anti-cybercrime law. Article 6(1) imposes prison sentences not exceeding five years or a fine not exceeding three million riyals or to either punishment for publishing information online that “impinges on public order, religious values, public morals, and privacy.” Under article 13 of the law, the Saudi court ordered Abdelkader’s Twitter, Facebook, and TikTok accounts shut down and his mobile phone confiscated.

Saudi authorities have frequently used broadly worded charges, such as article 6 of the cybercrime law, to restrict the lawful and peaceful exercise of free expression, in violation of international human rights obligations. The Arab Charter on Human Rights, which Saudi Arabia has ratified, guarantees the right to freedom of opinion and expression in Article 32.

“Not only were Abdelkader’s basic rights to due process denied, but when a government uses vague charges designed to limit free speech and harshly punish peaceful criticism, there really is no chance at a fair trial,” Page said.

On their part, the Sudanese Future Party issued a statement condemning the arrest and calling on the Sudanese foreign ministry to officially intervene by asking the proper Saudi authorities to release the detainee or subject him to a fair trial at the least. They also called on all international, African and Sudanese media associations and outlets to keep highlighting the case until Abdelkader is released using the hashtag #الحرية_للصحفي_احمد_علي_عبدالقادر (#Freedom_to_journalist_Ahmad_Ali_Abdelkader).