Published December 8th, 2022 - 05:10 GMT
A protestor holds a portrait of Iranian Mahsa Amini (L), who died in custody in September after her arrest by morality police in Tehran, during a rally in support of the demonstrators in Iran, at the Place de la Republique in Paris, on October 29, 2022. (Photo by Behrouz MEHRI / AFP)
Highlights
Iranian women have shown massive bravery in facing the government's strict rules, Time revealed.

ALBAWABA - Time magazine chose women of Iran to be Heroes of the Year 2022 for their brave roles in protesting against the government's strict rules, including the dress code and compulsory hijab. 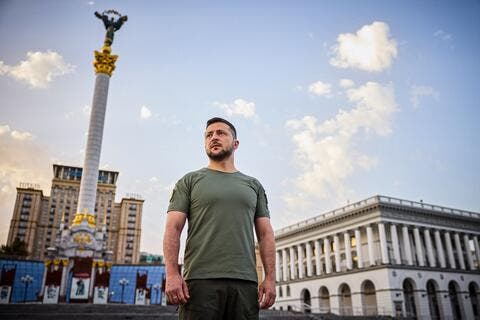 Human Rights Watch commented on Time magazine's 'Heroes of the Year' by saying: "We stand with the women of Iran, who continue to show immense courage and resilience in the face of oppression."

I am so glad to see the brave women of #Iran are @TIME's Heroes of the Year. #MahsaAmini pic.twitter.com/vhkX6v1s6C

Women's rights activists and advocates celebrated Time's picking of Iranian women by sharing videos and photos of the brave women from the latest protests that erupted in September.

Women in Iran have been removing the hijab, cutting their hair and burning the headscarf during protests that started following the death of a 22-year-old Iranian woman Mahsa Amini in the custody of the morality police on Sept. 16. 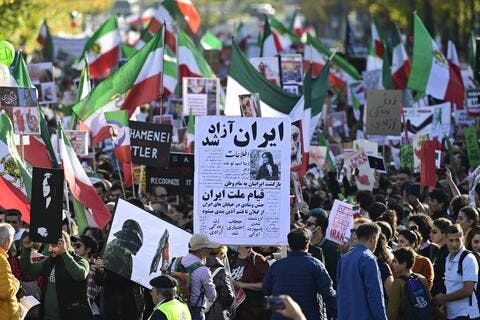 Angelina Jolie speaks to Roya Piraei, whose mother was killed in Iran's protests in September.

The Women of Iran are TIME's 2022 Heroes of the Yearpic.twitter.com/QKFLWbl9W9

The slogan "زن، زندگی، آزادی — Women, life, freedom" has become the most common rallying cry among protesters who carried Amini's photos, as she is considered the icon of the demonstrations.

Time reported that around 400 Iranian protesters have been killed by security forces, though some human-rights groups put the number higher, since the start of the protests. Judicial authorities are also seeking harsh penalties against protesters with the aim to curb demonstrators.