While Israelis celebrate the arrival of their first female gold medalist Linoy Ashram from Tokyo, Russians took to social media to protest what they think is the unfair result of the rhythmic gymnastics Olympic championship. 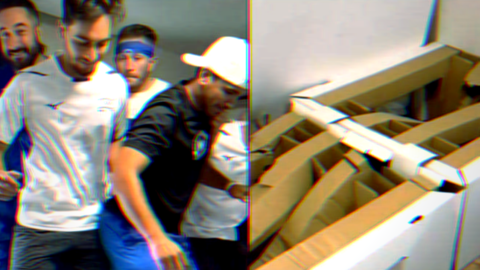 I'm terribly sorry for #DinaAverina 🇷🇺 being robbed of the Gold medal in the #Tokyo2020 #Olympics #rhythmicgymnastics individual all-around. She was devastated 😢 about the unfair defeat to Linoy Ashram from Israel who had dropped her ribbon in the final rotation. #динааверина pic.twitter.com/GVlUvRhQ51

The Russian anger on Linoy Ashram's Instagram has urged the Israeli Olympian to shut her account down, as they accused her of unfairly winning the gold medal, depriving their champion of the gold.

According to Russian commentators, Ashram dropped her ribbon in the final moments of her performance on Saturday, unlike the Russian Dina Averina who won the silver medal after what they described as "perfect performance" for which they shared photos and videos.

She stole the victory. pic.twitter.com/loTAZG4zH2

The Israeli media reported that Averina, who had tried to appeal her scores but was rebuffed, complained after the competition was over. "The judging was strange," she said. "It wouldn't have been right if we didn't present an appeal. Our routines were very complicated, but the scores were low, and we therefore presented an appeal. Unfortunately, some of them were rejected."