A short TikTok video has sparked local and global controversy as it showed nine Israeli Olympic athletes trying to break a cardboard bed designed specifically for over 11k participants in the long-awaited international event at the Olympic Village in Tokyo. 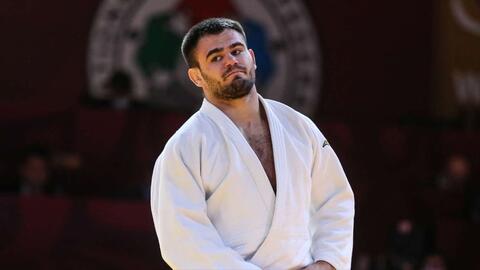 How many people does it take to break a Tokyo Olympics cardboard bed? A group of Israeli athletes found out pic.twitter.com/1a247kAvie

In the TikTok video, nine Israeli baseball players can be seen as they jump on an environment-friendly bed that has been designed for the international event hosted by Japan. The bed has been made of cardboard and has been dubbed by some media outlets as an "anti-sex bed." However, Japanese organizers, who have stressed the echo-friendly purpose of using cardboard in frames, have explained that the bed is designed to withstand up to 200 kilograms, but it cannot survive sudden breaks.

In response to the video that was shared widely across social media platforms, Japanese commentators condemned the attempt to break the bed, saying that millions of Japanese people have paid for it from their tax money.

Wtf with this people? Japan worked hard to prepare all of this for the athletes amidst all the pandemic chaos. This is so ungrateful and disrespectful https://t.co/VyouA69Sco

Israelis who are pleased to destroy something that costs more than 200,000 yen
Get out of Japan https://t.co/Dw3tkgFtlh

Some social media users called on Olympian athletes to respect their hosts and the facilities that have been prepared for the international event.

After the backlash triggered by the video he posted, Israeli player Lian Wildau removed it from social media and issued an official apology saying:

"Many of you may have seen the video I posted of some of my teammates and I jumping on one of the cardboard beds in the Olympic village. I'd like to really apologize to anyone offended by this video. We meant no disrespect and just wanted to show off how effective and sturdy the beds are in the Olympic village. We had an extra bed available to us and were told that they would all be recycled after the Games anyway. The bed in the video has since been recycled. We actually enjoy sleeping on these beds and think they are a great and sustainable option for future Olympics. We apologize again to anyone offended by this video. Japan has done an exceptional job at hosting the athletes here in the Olympic village. We're extremely appreciative of their hospitality. My teammates and I have had nothing short of a great experience so far in Japan."

Japan has been hosting the 2020 Tokyo Olympic games despite the unprecedented spikes in COVID-19 cases in the country, which has urged authorities to ban spectators from watching the games in the city's venues.