A recent audiotape of a several-hour interview with the Iranian Foreign Minister has stirred controversy, as Mohammad Javad Zarif expressed criticism of the country's Islamic Revolutionary Guard Corps and Supreme Leader Ali Khamenei. 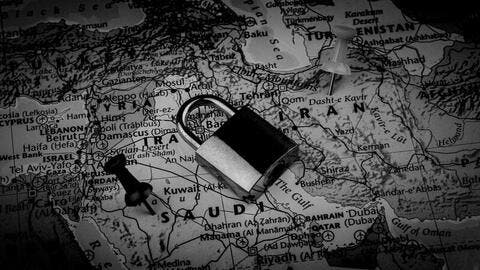 Despite Denial: Secret Iran- Saudi Talks Are Reported and This Could Be the Reason

My story on the extraordinary Zarif leaked tape:
Revolutionary Guards Corps call the shots, overruling many government decisions and ignoring advice.
Gen. Sulaimani undermined him in many steps from nuclear deal to Syria's war.
His hands are tied#ظريف https://t.co/U4ZsTVTFYG

Even though Zarif's political and diplomatic career has always portrayed him as a hard-core defender of Iran's policies, the recently leaked tape that was published by Iran International has provided a different angle of dynamics inside the Iranian government.

In the interview which was conducted by Iranian economist Saeed Laylaz last March, Zarif expresses his dissatisfaction with how "certain security figures control everything in Iran," particularly speaking about diplomatic roles he says "have been painted with the security brush."

Thousands of #Iranians (both inside the country & out) on #clubhouse discussing IR FM #Zarif's "leaked audio tape" (~3 hrs. out of 7 hrs. intv). Bombshells include #Russia's destructive efforts in sabotaging #JCPOA & the relationship bet. Zarif & team and #Soleimani.

A tape came out today in which @JZarif validates exactly everything Brian Hook says here ("Foreign Minister Zarif is a man without much power. The real foreign minister of Iran is Qassem Soleimani...Zarif presents a very seductive storefront of this adminstration.") https://t.co/OzyRVj0YdN

According to experts, Zarif might be referring to the country's Islamic Revolutionary Guard Corps, which has witnessed a growing regional and international role in recent years, most notably in Iraq, Syria, Lebanon, and Yemen.

He also talked about "constant interventions" by the former leader of the Islamic Revolutionary Guard Corps Qasem Soleimani in his diplomatic role as the country's foreign minister. 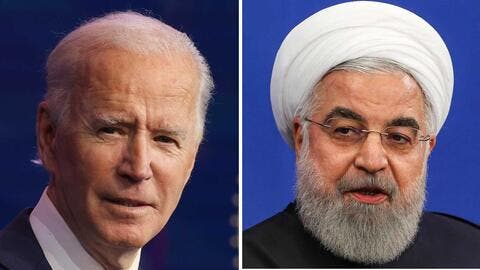 Biden, Iran and The 'Cat and Mouse' Game

Zarif also highlighted that Soleimani's visit to Moscow in 2015 aimed to "undermine his diplomatic achievement sealing the Iranian nuclear pact with Western powers," adding that he "had to sacrifice diplomacy to support military endeavors after the Supreme Leader asked him to."

Nothing revelatory in this recording: everyone knows the IRGC is far more powerful than Zarif. It's significant for the fact that it was leaked, and for the timing, in the middle of nuclear negotiations and with an election looming. https://t.co/AuyyT13pdV

Even though leaking these parts of the interview has been linked to the upcoming presidential elections next June, ones where Zarif is expected to be one of the potential candidates, the Foreign Minister responded to the leaked tape, saying that the experts were "cut out of context."