Could Egyptian koshary dish be Russian?

ALBAWABA - The Russian Embassy in Egypt stirred a debate stemming from a Facebook post in which it claimed that the the ingredients of the traditional Egyptian dish "Koshary" allows to be considered part of it cuisine.

The embassy said: "For example, not only cereals are imported from Russia, but also brown and yellow lentils, flaxseeds, chickpeas, coriander and sunflower oil." But the embassy confirmed that Koshary is an Egyptian dish in its soul.

The embassy also allegedly said that Egypt's imports of Russian sunflower oil increased 40 times in the past 20 years.

Egyptians exhibited mixed reactions to the embassy's post, as opinions were split between denunciation and mockery. One poster challenged, saying: "As an Egyptian citizen, I strongly disagree with this post."

Another said: "I call on Russian restaurants to add Koshary as a main dish."

"Who hacked the Russian embassy's account?" a commentator jokingly wrote. 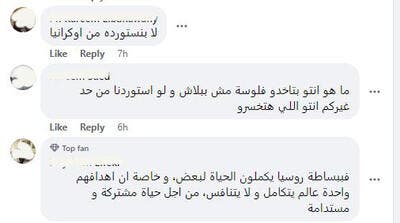 Koshary is a popular Egyptian national dish, consumed by the rich and poor. It is especially admired by vegans not only in Egypt, but also across the Arab world. It contains pasta, rice and brown lentils, and is topped with a zesty tomato sauce, garlic vinegar and garnished with chickpeas and crispy fried onions.