Lebanese Businessman Stabbed to Death Inside His Villa 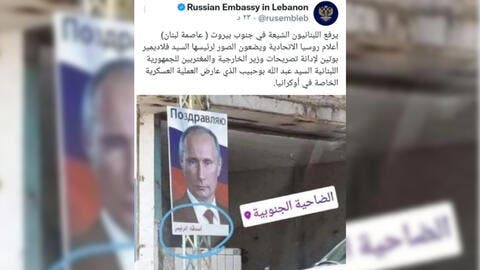 Lebanese businessman Hubert Fattal who is the Chairman of the Fattal distribution group was found dead inside his villa in  Mansourieh, Lebanese security sources reported to L'Orient Today on Sunday.

According to policemen, Fattal was stabbed to death inside his house in the Metn town of Mansourieh by unknown people as the motivations behind the murder remain unrecognized.

The company also shared condolences on the tragic incident via Instagram reading: “We are struck by the devastating passing away of our dear Chairman General Manager Hubert Fattal, this afternoon. The company in Lebanon and abroad mourns his tragic demise and will be closed tomorrow Monday March 7, 2022. May his soul rest in peace.”

#Lebanon
Such sad news
Hubert Fattal, 52 years, son of late Bernard Fattal found stabbed to death in his villa in Mansourieh
Hubert Fattal is the Chairman/GM of Fattal Holding
Circumstances of the tragedy are still unknown
His energy/enthusiasm will be missed #RestInPeaceHubert pic.twitter.com/7A8TGiX5r1

Lebanese have taken to social media to regret the sad news as Hubert Fattal is said to be one of the most famous businessmen in the country. A person Tweeted: “So sad !One of the few remaining achievers in Lebanon.” While another said: “My sincere condolences to Hubert Fattal’s family and to #FattalHolding.”

Very disturbing news this evening .. Hubert Fattal, CEO of the Fattal distribution group, has been found dead in his villa in Mansourie. Reports indicate that he has been stabbed several times. #Lebanon https://t.co/uzb5y6dGzV via @LOrientToday

Hubert Fattal became the CEO of the Fattal group in 2016. The company was launched in 1897 by his great-grandfather Khalil Farès Fattal and is not only active in Lebanon but also across the Middle East and North Africa.

The Lebanese businessman was also the head of the perfume brand Fragrances Hubert Fattal. He graduated from the prestigious Parsons School of Design in Paris and Goldsmith College of Fine Arts in London.