The Russian Embassy in Lebanon has landed in boiling water following a Twitter post in which it wrote: “Lebanese Shiites raise in Southern Beirut, the capital, Russian flags and the photos of president Vladimir Putin to oppose the country’s Ministry of Foreign Affairs and Emigrants Abdallah Bou Habib condemnation of Putin’s special military operation in Ukraine.” 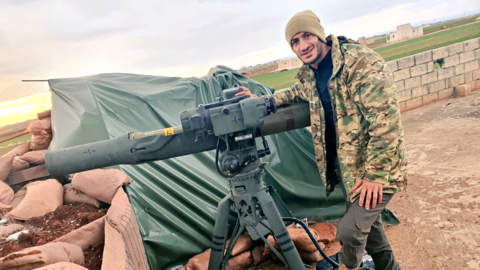 Some Lebanese have decried the Tweet by the Russian Embassy and called it sham as one commented: “I assume politics aside that most Shia will sympathize with Ukrainians. Relating to the experience of foreign invader and occupier.”

On the other hand, a person said that lots of people in Lebanon do really support Russia’s invasion of Ukraine claiming that the western influence in the area increased in the political, economic, and cultural fields and that the Russian invasion is necessary to stop this influence and to ban Kyiv from joining the NATO.

A journalist called Mahmoud Ghazayel, has shared the photo of the Russian president in Beirut and said that this is a very old picture dating back to August 2020. However, he confirmed that the Russian Embassy in Lebanon has used this old photo in its latest tweets to show that despite the country’s FM denouncing the Russian invasion, the Lebanese people are supporting Putin.

On February 24th, the Russian president Vladimir Putin announced a large-scale 'special military operations in Ukraine. Till this moment, data shared by the United Nations shows that at least 836,000 people have fled conflict in Ukraine while tension is still escalating.