LGBTQ+ Symbols in Qatar Stir Anger: Is the Country Not Ready for the World Cup?

Despite huge support by the online community for the gesture of British racer Lewis Hamilton to support the LGBTQ+ community during the Qatar Grand Prix, local voices have expressed dissatisfaction with the helmet he wore last week. 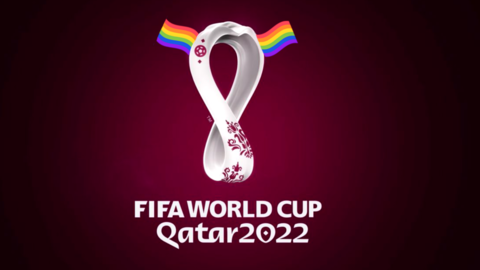 Is Qatar Changing Its Stances on LGBTQ+? Pride Flags to Be Allowed During the FIFA World Cup 2022

Lewis Hamilton wore a helmet that featured the LGBTQ+ rainbow flag, in addition to black and brown stripes in reference to the oppression faced by communities of color. The helmet which was created by British designer and inter-sex activist Daniel Quasar in 2018 also includes pink and blue stripes for the trans flag and a purple object with a yellow background. It also read "We stand together."

To actually wear that in Qatar... That's ballsy, ngl. Respect. Will he do the same thing in Saudi?

Photos that were shared by Lewis Hamilton and other major sports social media accounts prompted encouraging messages from commentators from across the world, especially that the racer chose to wear it in the conservative country of Qatar where LGBTQ+ relationships still face social and legal challenges.

Some online people wondered if similar gestures will be carried out in more conservative countries in the Gulf, namely Saudi Arabia which has been undergoing massive social changes in the last several years. 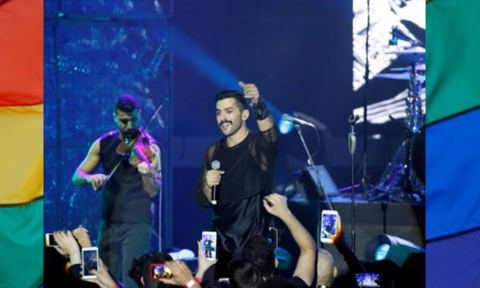 Qatar Just Cancelled Mashrou' Leila Because of Anti LGBTQ+ Pressure. What Does this Mean for World Cup 2022?

Meanwhile, most local voices from Qatar opposed Hamilton's gesture and deemed it "offensive to their culture and religion," urging officials to stop sports figures from showing support for the LGBTQ+ community in the future.

This is above any other right.

Such reaction reignited the question over Qatar's readiness to host international sports tournaments, particularly the 2022 FIFA World Cup which takes place next winter, especially after the country had previously expressed plans to allow LGBTQ+ pride flags to be flown during the globally-awaited event.