ALBAWABA - A photo of French president Emmanuel Macron was printed on a cigarette pack label with a warning: "Macron is bad for your health." 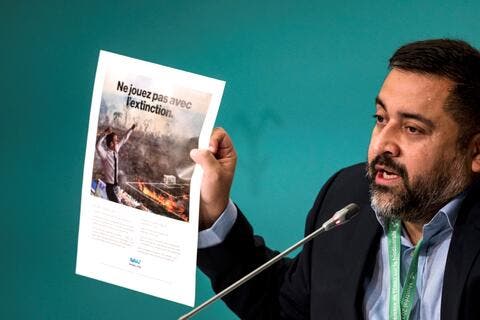 During a recent demonstration in France, a protester was seen holding a huge portrait of the cigarette box with the president's photo printed on it.

“Macron is bad for your health”

Can’t believe I’m saying this but we could learn few things about “effective protest” from the French.