Published December 15th, 2022 - 09:20 GMT
Campaign Director for the international activist group Avaaz, Oscar Soria, shows a advertisement calling out President Emanuel Macron for not being at COP15 during a press conference at the United Nations Biodiversity Conference (COP15) in Montreal, Quebec, Canada on December 14, 2022. (Photo by ANDREJ IVANOV / AFP)

ALBAWABA - French President Emmanuel Macron was blasted for skipping the COP15 meeting in Canada to attend the Morocco-France World Cup match in Qatar on Wednesday. 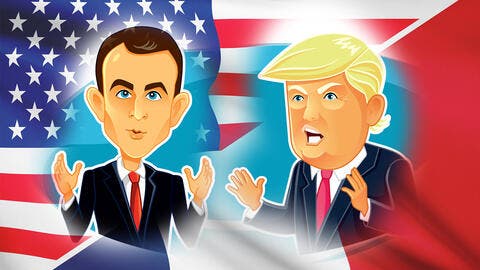 The COP15 conference is a summit joined by world powers to agree on a new set of goals to guide global action through 2030 to halt and reverse nature loss.

While in Qatar, the French president supported his national team, which defeated Morocco 2-0 in the FIFA World Cup 2022 semifinals. The game was held at Al Bayt Stadium in Al Khor, Qatar.

He also visited Souq Waqif in Qatar, where he was encircled by a huge crowd to greet, as Qatari policemen stood on guard. 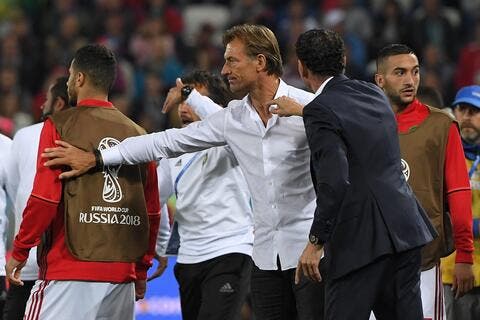 With Wednesday's win, France qualified for the final match against Argentina, which will take place at the Lusail Stadium on Sunday.

#Morocco fans in Qatar chant, “There is no God but God and Muhammad is God’s prophet” during the country’s semi-final match against France on Wednesday.

In Wednesday's game, Moroccan fans chanted: "There is no God, but God and Muhammad is His prophet," in an implicit attempt to irk the president, whose policies they see as bent on ostracizing the minority Muslim community in France.