Arriving at the 2021 Met Gala that is finally being held for the first time since the COVID-19 pandemic started, celebrity attendees got all creative sporting the most unexpected outfits. However, a few of them chose to express bold political statements through their attire choices. Stars Shine at The 2021 Met Gala, While Others Missed The Event

The event that was held last night at the Metropolitan Museum of Art in NYC as per tradition drew the attention of millions of online viewers who went online to share their comments on celebrities' fashion looks.

The soccer star who is openly gay showed up with her famous pink hair but wore a pantsuit in the colors of the American flag. She had decorated her hands with tiny glittery stars inspired by the flag as well, while her blue clutch read "In Gay We Trust." 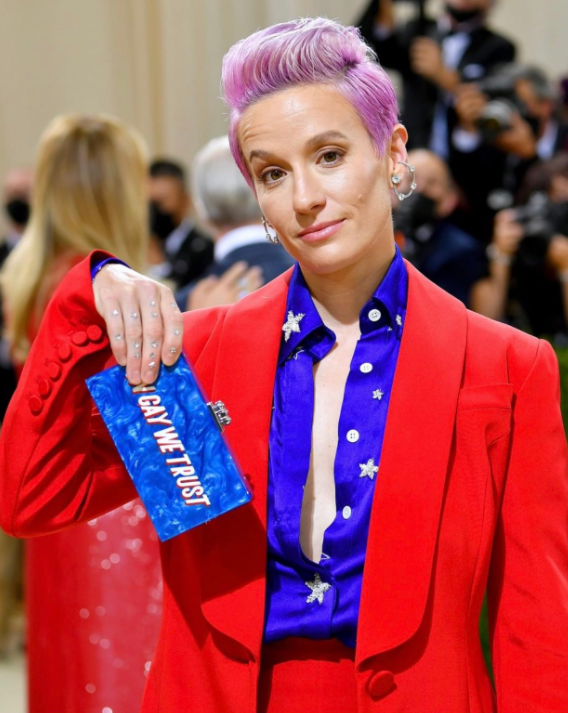 The US Congresswoman who represents the Democratic party in North Carolina wore an eye-catching gown reading "Equal Rights for Women" on different sides. She also held a sign with "ERA" in reference to the Constitution, the Equal Rights Amendment. 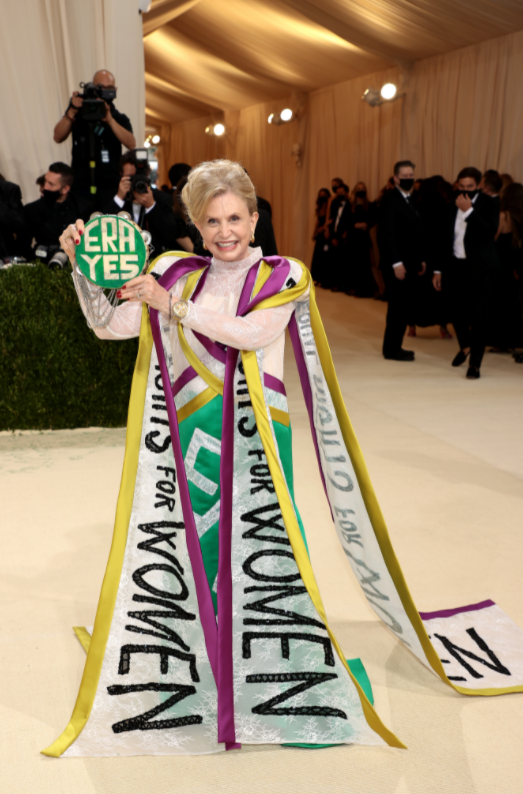 Another LGBTQ statement was present in the famous actor's outfit, as it featured two men kissing with an ocean background, in addition to parts of the world's map. 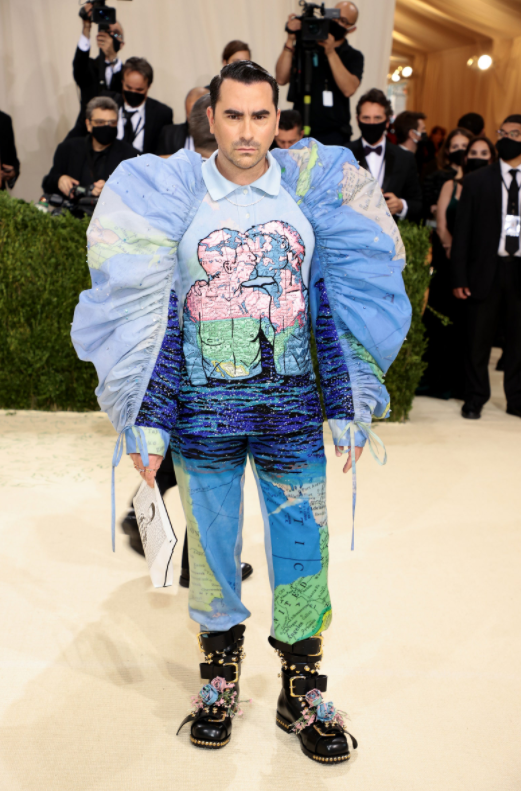 Another congresswoman seized the moment and wore a political gown for the 2021 Met Gala. NY rep Alexandria Ocasio-Cortez expressed her social capitalist views with a big red "Tax the Rich" phrase printed over her white dress. 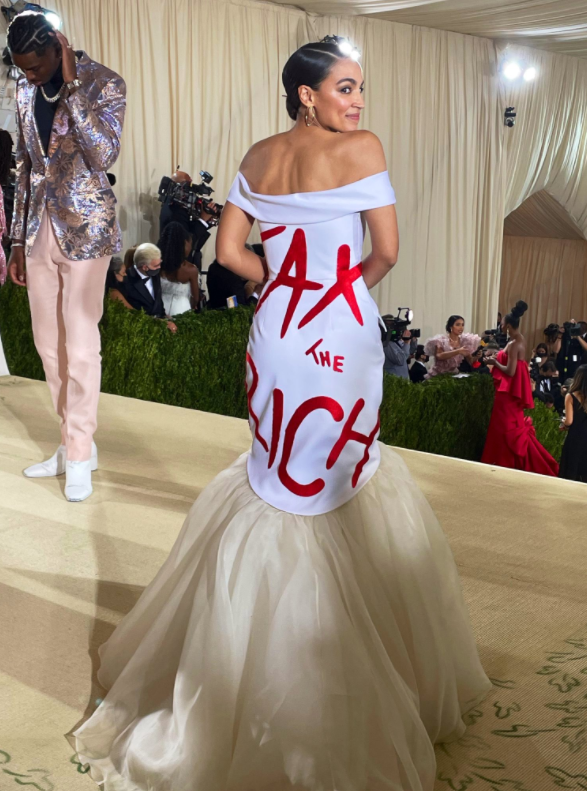 The well-known American Twitch streamer and left-wing political commentator also had a similar statement to that of AOC's, as he wore a black outfit reading "Make the Rich Pay," with the A printed in the peace symbol. 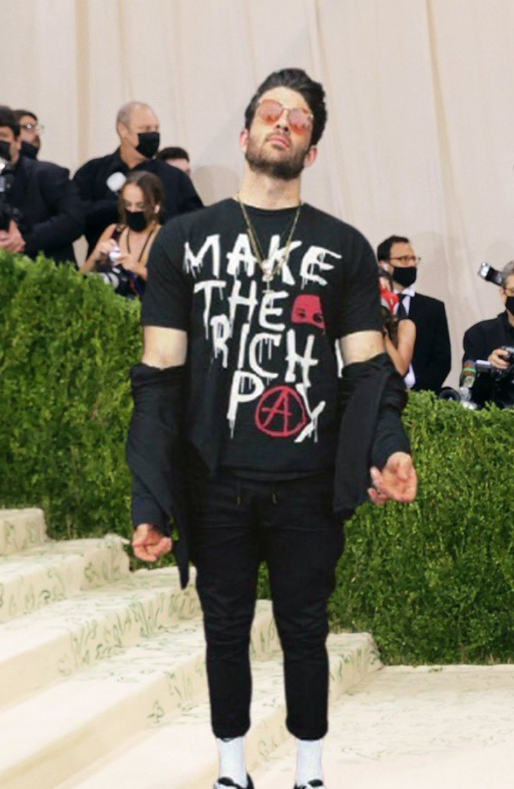