Morocco to Deport a Uyghur Activist to China!

Huge criticism against the Moroccan government after the arrest of a prominent Uyghur activist and the decision to deport him to China. 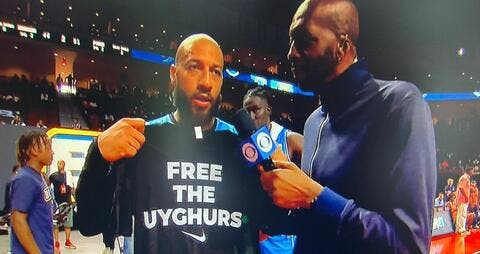 Moroccan police and human right activists revealed that the name of the Uyghur arrested was placed on the INTERPOL’s red warrant by the Chinese government.

Following his arrival from Istanbul to Morocco’s Casablanca airport, the Chinese man was arrested on July 20th.

Morocco’s National Security stated that the name of the Uyghur activist was placed on the red warrant with accusations of being involved in a terrorist organization.

Yesterday @SafeguardDefend got confirmation that an Uyghur exile, software engineer #YidiresiAishan, detained in transit in Morocco, was taken due to an @INTERPOL_HQ red notice, in yet another political red notice.

The Moroccan authorities hid the activist’s name. However, Safeguard Defenders NGO said that his name is Yidiresi Aishan.

AP reported that Aishan, is a 33-year-old computer engineer and father of three, he has been based in Turkey since 2012, where he worked as a web designer and activist and has residency papers, according to friend and colleague Abduweli Ayup.

"Yesterday @SafeguardDefend got confirmation that an Uyghur exile, software engineer #YidiresiAishan, detained in transit in Morocco, was taken due to an @INTERPOL_HQ red notice, in yet another political red notice.

Interpol should be ashamed of itself." https://t.co/iSQP4KVe7F

Furthermore, the Moroccan government shared the arrest information with the Chinese government and he was referred to the prosecution waiting for a decision to be deported and handed over to China.

On the other hand, human rights feeders slammed Morocco’s move against the Uyghur activist saying there are no good reasons behind his arrest and the red notice launched by China keeping Muslim Uyghurs in concentration camps.