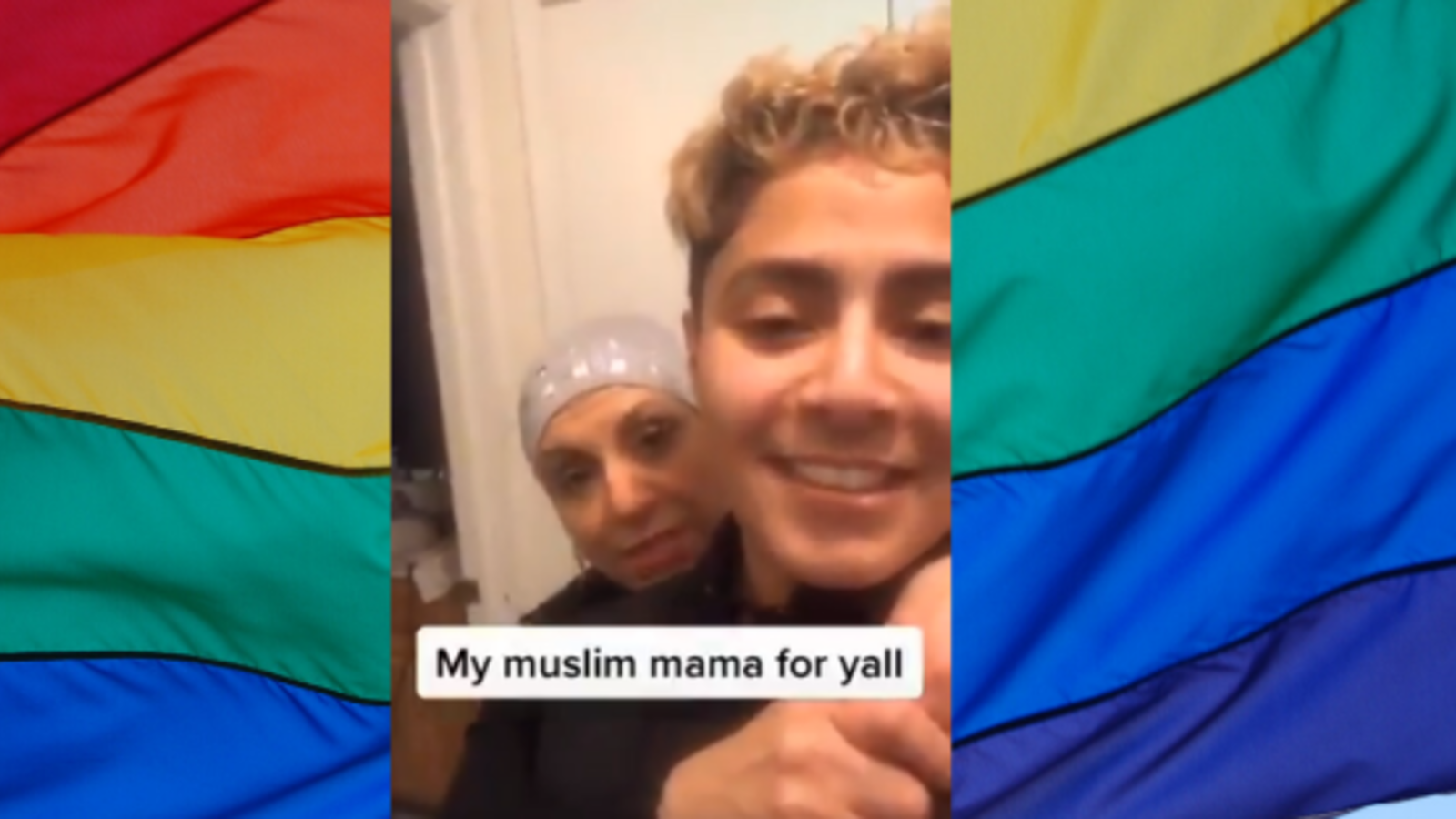 The mother described people who attack them as ignorant and called on them to learn more about LGBTQ issues. (Twitter)

In a TikTok video posted by her son, a Muslim mother expressed her love and acceptance of her 19-year-old trans son who came out six years ago.

In their video, the son thanked his mother for her constant support while she emphasized that her son didn't choose his sexual identity. She also described people who attack them as ignorant and called on them to learn more about LGBTQ issues.

this video of a muslim mom and her trans son is so wholesome and adorable. pic.twitter.com/ugBOspmQvK

The video prompted many positive comments by people who were impressed by the mother's attitude towards her son, especially as it's unusual for Muslim parents to publicly support their LGBTQ children. In the comments, some users talked about their own experiences coming out to their parents, wishing they had received such a welcoming response.

No questions but I just wanted to say I aspire to be as kind as your mum, even in the face of mean people. 💜💜

Translation: "A mother's unconditional love is the only one that can't be affected by religious or social restrictions."

But some suggested that her ability to be accepting is facilitated by the fact that she lives in the US where she isn't bound by social norms that exist in the Middle East.

Translation: "That's because she lives in the west."

After the video was shared on Twitter, the young man in the video tweeted that he and his mother are open to a Q&A session on TikTok for people who would like to hear more about their experience.

Hey this is me and my mom. I posted this on tiktok dajaj13 if you guys go leave questions on that timtok I’ll do a Q&A with my mama

Although not many sent in questions, some did take it as an opportunity to show further support.

Would she like a daughter? I’m already potty trained and will probably produce a grandchild in ~2 years. Lol. Love this MashAllah 🥰

Despite the many comments celebrating the close relationship between the mother and her trans son, negative comments attacked her and accused her of not knowing enough about Islam.

Translation: "If she was a true Muslim she would have known that Islam doesn't allow this."