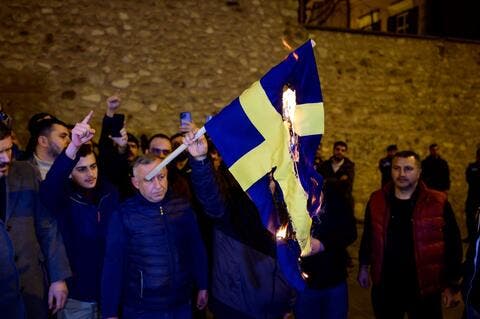 Paludan, who heads the Danish far-right political party Hard Line, burned the Quran in front of the Turkish embassy in Sweden on Friday, triggering worldwide condemnation, which some described as a "vile act."

In return for the Quran burning, Muslims released a campaign online calling for an end to purchasing Swedish brands and products.

The hashtag "#مقاطعة_المنتجات_السويدية — boycott Swedish products" was trending in several countries, where people used it to highlight the Swedish brands that must be boycotted.

The brands include IKEA, H&M, Spotify, Ericsson, Volvo and many others.

"No one can call this freedom of expression and freedom of thought," Turkish Foreign Minister Mevlut Cavusoglu stated.

On the other hand, a similar boycott campaign against French brands and products was launched in response to offensive anti-Islamic caricatures shared by Charlie Hebdo newspaper.

The mystery of Satoshi Nakamoto: uncovering the true identity of the bitcoin creator

Moscow accuses the West of seeking to end Russia