Is Netanyahu Being Ungrateful to Trump?!

Published January 13th, 2021 - 07:12 GMT
Israelis walk next to an Israeli election billboard for the Likud party showing US President Trump shaking hands with Israeli P.M Benjamin Netanyahu in Beth Shemesh Israel on September 8, 2019-Shutterstock
Highlights
Couldn't Netanyahu have waited till the inauguration of Biden on the 20th?

It was noticed that Ben Netanyahu has just changed his twitter cover photo with his most supportive US president Donald Trump!

This could be a reaction to the recent calls for impeachment of the latter following the Capitol riots and the implications it had on his twitter account and taking him off social media for the time being or simply a confirmation of Netanyahu's own pride that Israel is number one in taking the COVID-19 vaccine.

Yet it does raise the question whether Netanyahu has forgotten already all the support Trump has generously given Israel in the past four years and the fact that his son in law Kushner is still coming to the region to close the recent normalization deals with Arab states?! 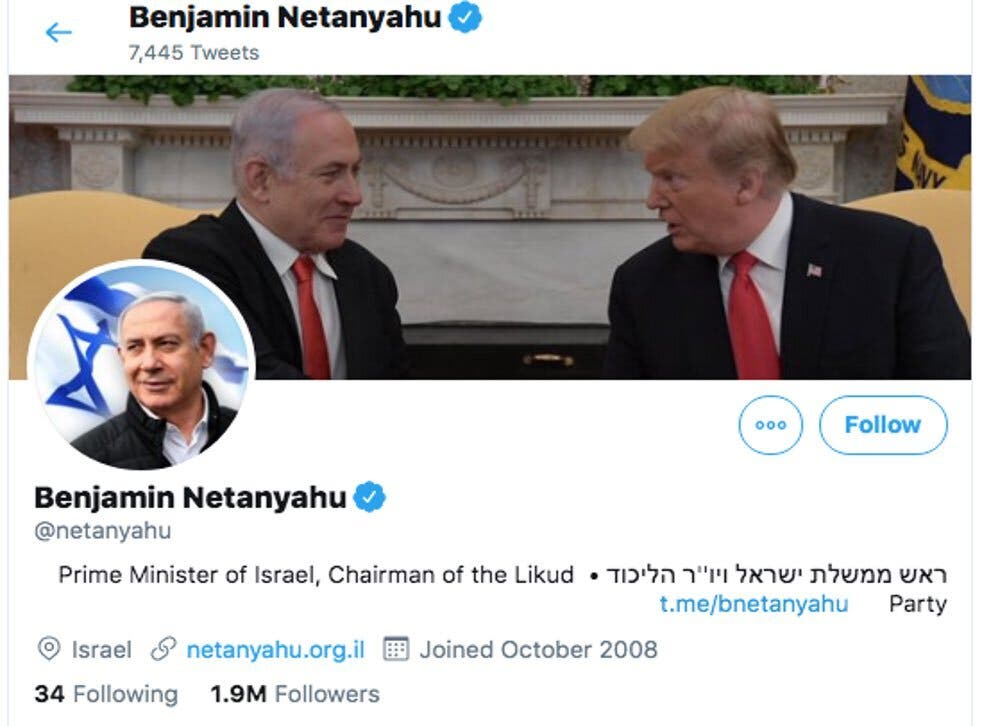 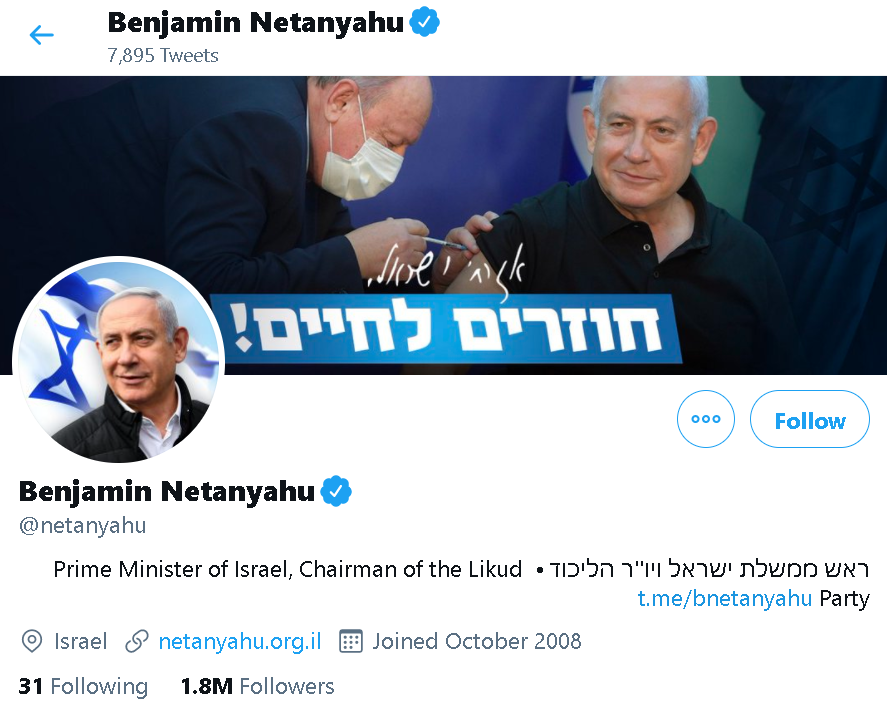 What about the Trump Heights in the Golan, or the establishment of the US embassy in Jerusalem and most recently the Abraham Accords? 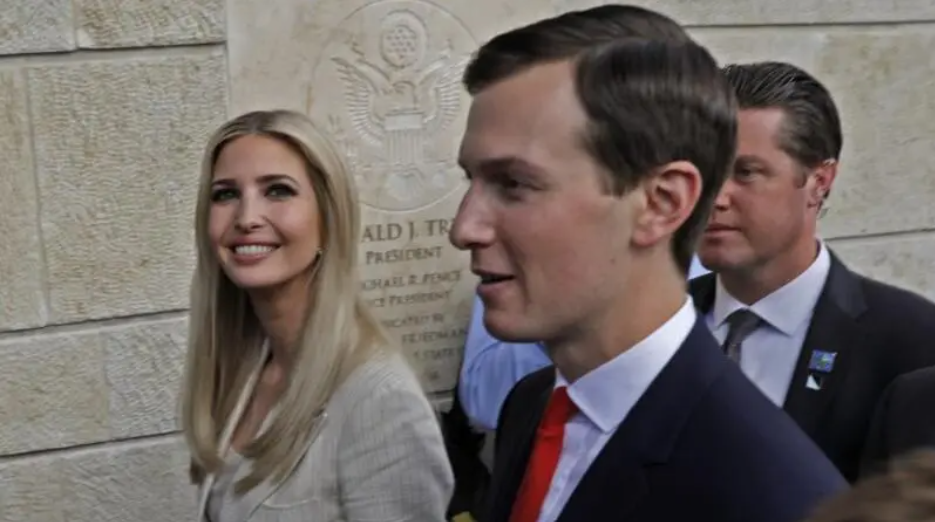 Kushner and Ivanka Trump at the official opening of the US embassy in Jerusalem. 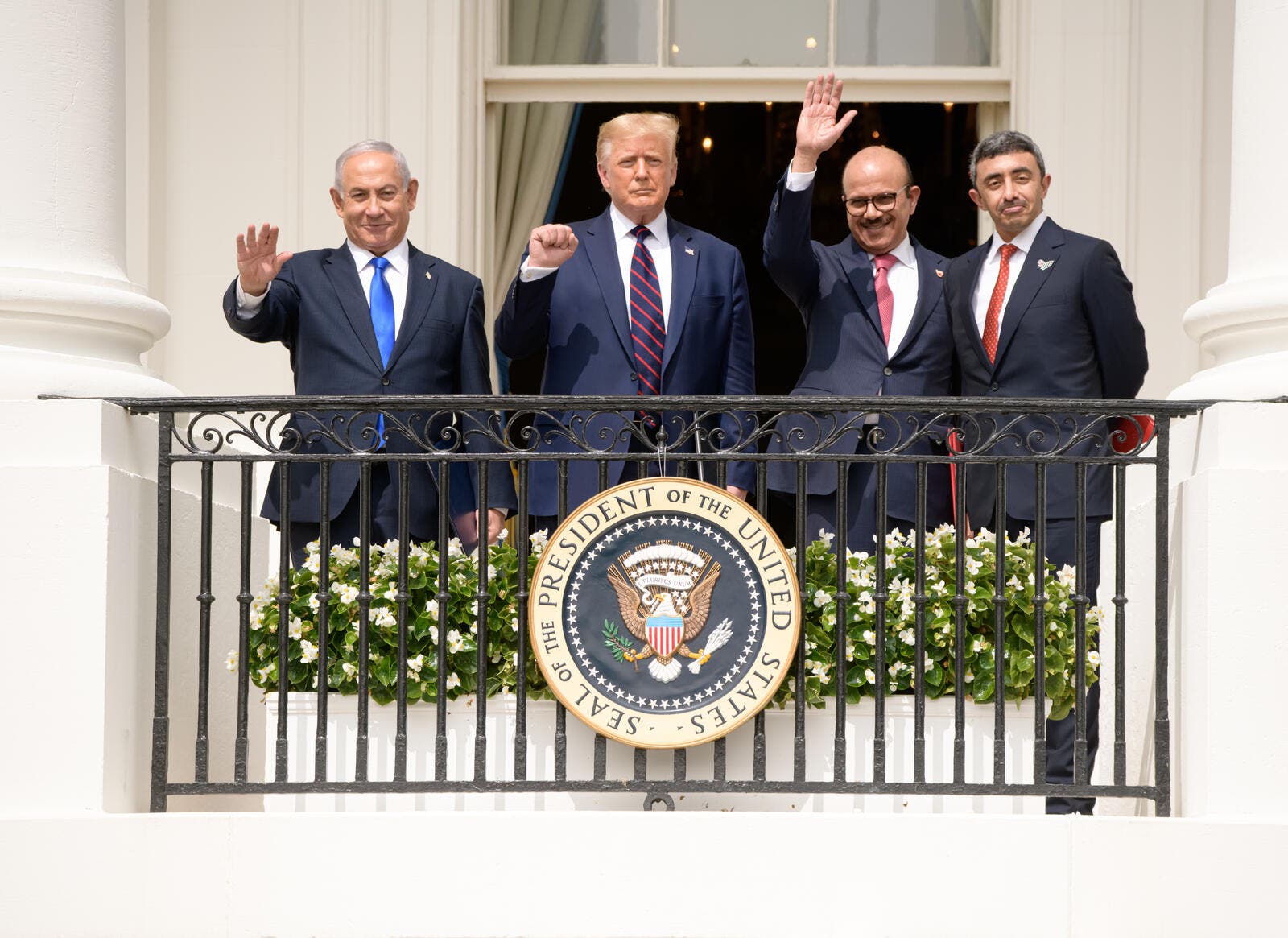 The signing of the Abrahm Accords between Israel, UAE and Bahrain at the White House.

What about the endless military support and the green light to increase settlements?

Has all this support been forgotten already?!

Trump Allegedly Accused of Unfollowing Netanyahu on Twitter
'Arabs, Wake up and Vote for Me!' Is Netanyahu Desperate for the Arab-Israeli Votes He Once Shunned?
Could a Tweet From Netanyahu's Son Spark a Diplomatic Crisis Between Israel and the UK?
Tags:NetanyahuBenjamin NetanyahuDonald TrumpUSAIsraelAbraham Accords