Al BAWABA – The social media – and the Lebanese one at that -- is busy celebrating; well not exactly that for there is little to celebrate about in Lebanon these days. But people are excited about the fact the Court of Appeal in Beirut has thrown out a legal case against the Lebanese investigating judge Tarek Bitar who is probing the Beirut Port blast that killed 2018 people. 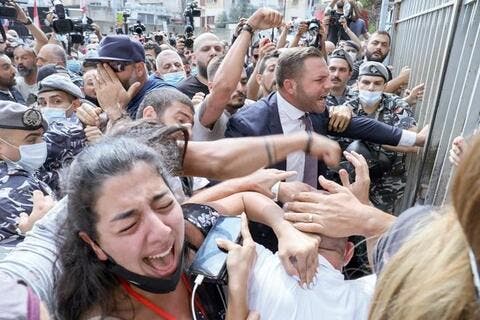 Tarek Bitar, the judge leading the investigation into the Beirut port explosion, will resume his investigation after the Lebanese Court of Appeals dismissed a case alleging he was politically biased.

Judge Bitar was suspended from the case because of two MPs who filed a legal case against him accusing of “political bias”. One of those filing the complaint was ex-minister Nohad Machnok; he was irritated by the fact Judge Bitar summoned him for questioning.

The judge was stepping the line it was argued. The judge also called on the ex-prime minister Hassan Diab for questioning including ex-Public Works Minister Youssef Fenianos.

The Court of Appeal issued its verdict one week later saying they have no jurisdiction over the investigating judge and these dismissed the case into the Beirut Port blast. Further the court fined those making the legal complaint for wasting their time.

"We cannot insist on the investigation in the port crime and not support the investigating judge and the judiciary," said top Lebanese Christian cleric after investigations into Lebanon's 2020 port blast were halted.https://t.co/THrbVSLjCt

Such ruling means judge Bitar will continue his investigation into the blast which was caused by the unsafe storage of 2,750 tons of ammonium nitrate and triggered by a fire that resulted in the devastation of large areas of Beirut and injured around 7000 people and resulted in billions of dollars in damages.

The families of the victims who died in the blast on 4 August 2021 are extremely relieved and hopeful that Bitar will get to the bottom of this and find out what is the really story behind the deadly nitrate and why it was stored in the Beirut Port warehouses with no questions being asked about its safety and who it belongs to.

I’m extremely concerned by the suspension of Judge Tarek Bitar’s investigation into the devastating 2020 #Beirut port blast & #Hezbollah's role in this decision. The #Lebanese people deserve accountability for this tragedy.https://t.co/uSoiI7c9hW

Much heartache has gone on in Lebanon with many politicians seeking to frustrate the investigation people argue. The family of the victims have been fighting for this investigation since down one. They believe that much political pressure is being exerted on Bitar just like the judge before him Fadi Sawan who was also removed from his post after being accused of political bias. 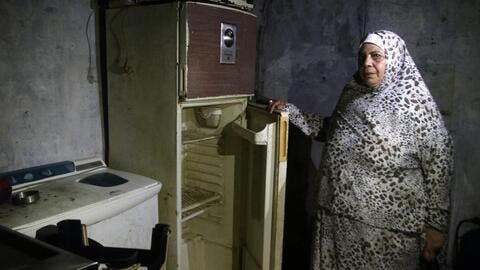 It is claimed also this time Judge Bitar was threatened by Hizbollah not to probe the Beirut Port blast because there will be dangerous consequences and he will be removed from the investigation.

A senior official in the #Lebanese Shi'ite group #Hezbollah told 🗣️ the judge investigating the disastrous #Beirut port blast that it would remove him from the investigationhttps://t.co/bJU81r9Ktw

When he was suspended from the investigation last week many criticized such action because they trust the judge. Amnesty International earlier slammed the decision to suspend Bitar from the investigation, pointing out its politically motivated and the aim is to stop it. Thus many are once again relieved by the latest decision.