Not Yet Free: Released but Prevented From Seeing Kids After 7 Years in Jail

After spending 7 years in Israeli prisons, the Haifa-born Nisreen Abu Kmail has been eager to return to her family in the Gaza Strip to see them for the first time since her arrest. Yet, Israel has prevented her from entering the Gaza Strip. 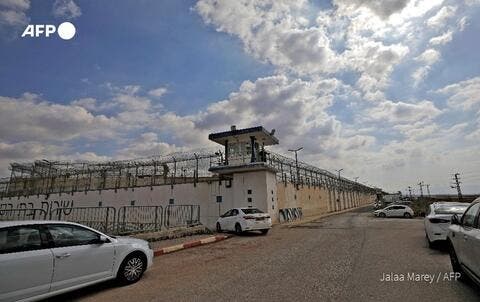 While 47 years old Nisreen Abu Kmail has been counting the days to see her family of 5 kids for the first time in 7 years, as they were not allowed to visit her in prison during the time she spent in the Israeli detention center of Damon, Israeli authorities have been delaying her entrance to the Gaza Strip, citing legal considerations.

Imagine being just couple of miles away from your kids, but you can't go to see them!!
The freed Palestinian prisoner, Nisreen Abu Kmail, was deprived of seeing her kids after 7 years of absence, as she was prevented from passing to Gaza, by the Israeli apartheid forces. pic.twitter.com/rwxJncFSCp

Abu Kmail, who was born in Haifa and holds the Israeli citizenship, married a man in Gaza 20 years ago and moved to the strip where the couple had five kids together before she was arrested in October 2015 during a visit to her family back in Haifa. Abu Kmail's kids have talked to several media outlets about how they only remember very little about the mother they have only been able to contact with through voice calls for the last seven-year.

Abu Kmail's youngest was only months old at the time of her arrest.

The released Palestinian female prisoner, Nisreen Abu Kumeil reached Hebron city in the West Bank today. She will stay there away from her family until the Israeli occupation allow her to enter Gaza, her hometown. #Act4Palestine pic.twitter.com/NDIEC6mY3X

Palestinian mother, Nisreen Abu Kmail, has been released today by Israeli occupation forces after 6 years in prison. BUT, she could not hug her kids, why? Simply because Israeli soldiers prevented her from going back to her home in Gaza Why? #نسرين_ابو_كميل#Gaza pic.twitter.com/YM0CYhSmYc

Since her release on Sunday, Nisreen Abu Kmail has been able to speak to her kids only via video calls but she continues to wait by the Erez/Beit Hanoun Crossing for Israeli permission to enter Gaza.

Online social media has been using the hashtag #نسرين_حسن demanding that Israel ends the family's plight and help them reunite again.