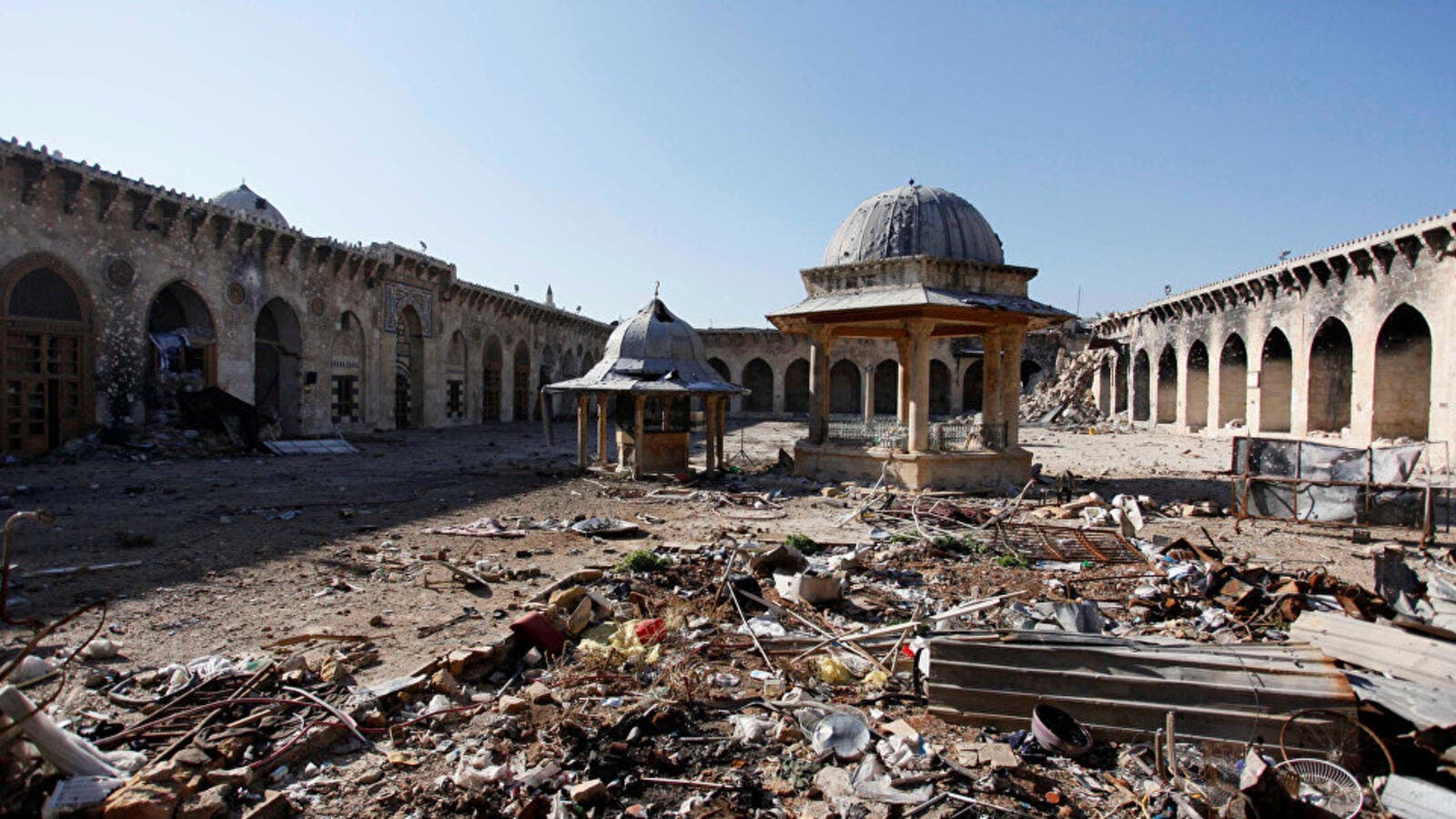 As the world was watching Paris’ beloved Notre Dam Cathedral in flames, many people around the world remembered the hundreds of historical and religious places were burnt and torn down in wars.

Notre Dame, with the religious and historic value it holds for French people and the human history, has its entire roof and unique spire falling down. Meanwhile, the precious paintings and treasures inside the cathedral were fortunately saved by the firefighters' efforts who spent nine hours battling the blaze until it was all extinguished.

Luckily, billionaires from France and Europe stepped up to helping to reconstruct the cathedral with millions of donations pouring in.

Pictures of Notre Dame on fire and the international massive media coverage and support it received reminded millions of Syrians, Yemenis and Iraqis of tens of thousands-year-old churches and mosques they lost to violence and war.

Thinking of a loss that can never really be completely restored, they went to the internet to mourn it and post before-and-after pictures for lost historical treasures.

I remember my parents crying when the libraries of Baghdad, containing artefacts 7000yrs old, were destroyed during the US occupation of Iraq. That loss was not deemed the world’s loss then. It’s strange how only some monuments are deemed worth preserving #NotreDame

Aleppo’s recognized 1350-year-old Umayyad Mosque that was almost completely destroyed by war in Syria was one of the oldest historical mosques that got destroyed.

The Omawy mosque in #Aleppo was destroyed not by the fire like #NotreDameCathedral , but by Assad and Russian bombs. pic.twitter.com/sHs3HUdrEz

Other historic churches in Syria were also destroyed, including the Forty Martyrs Armenian Church in Aleppo that was destroyed; some of which were destroyed by ISIS militants during the war and others by Russia-backed forces.

#NotreDame
Since y'all here.

NATO/UK funded terrorists and US-made ISIS destroyed 100s of churches in #Syria during the 8 year regime change war on the country.

The Palmyra in Homs, a Semitic historic city that has archaeological finds dating back to the Neolithic period has also been destroyed and people shared heartbreaking photos for it.

It is wonderful to see funds flowing in to repair #NotreDame Cathedral, but I do wish we were all as generous in our support of, say, the rebuilding of #Palmyra or #Aleppo.
I say this not to exalt the value of one over the other, but to underline the universal value of #heritage pic.twitter.com/bPaIQnhMBU

And many, many others.

Hey, remember when #Daesh destroyed churches, mosques and museums in #Iraq and #Syria? How many felt sad and outraged? Remember the #Lamassu or the #DairMarElia monastery? The #TempleofBel in #Palmyra? Hmm, yeah i thought so. pic.twitter.com/lELMhsdQHc

Photos of Yemen’s capital city, Sanaa, that has been destroyed in war have also resurfaced reminding the world of other tragedies that need attention.

Sad to see what happened to Notre Dame. Here's another UNESCO world heritage site recently destroyed. It's called Sanaa and it's in Yemen.
No international outpouring of emotion.
No call by Macron for contributions to rebuild it.
French weapons are used in its’s destruction. pic.twitter.com/2N2NOnq0jP

The 85-year-old Mosul’s Leaning Minaret of the Great Mosque of al-Nuri also came to mind with photos of its minaret after destruction in ruins in 2017 being widely resurfacing on the internet.