Qatari Activist Noof Al-Maadeed has shared a new Twitter video on Sunday evening where she thanked everyone for being worried about her after she returned to her homeland and disappeared from social media. 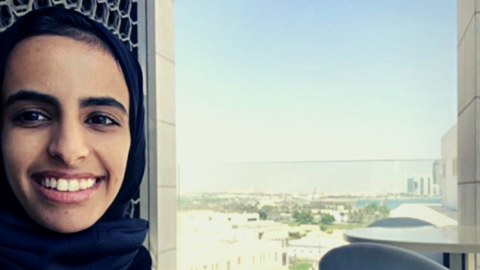 Noof had disappeared from all social media platforms and she was feared to have been killed upon return to Qatar in October.

In her three videos that went viral, the Qatari activist said in the first one that she had lost her former account and she has created a new one. She also assured people that she is fine and she wasn’t killed or hurt as claimed before.

In another video, Noof said to all the people who doubt or deny the authenticity of the video: “Today is 9th of January, 2021.” She also appeared in a third footage saying that she is now staying in Doha, the Qatari capital.

Thousands of people have expressed their happiness that the Qatari activist is safe and in good health. A person said: “No one believes the organizations that call themselves human rights activists, and many of those who said that they were killed. Thank God for your safety, Noof, and may God protect you.”

On the other hand, other people still can’t believe that she had lost her account information and are saying that she is being held in custody. Others called psychologists to analyze the Qatari activist’s body language to detect whether she was forced to share the video or not.

This girl's name is Nouf Al-Maadeed she disappeared a long time ago Now she appears with a new account, she looks nervous she says she's fine But I don't see that she is well I hope FIFA will reconsider the World Cup 🙏🏼 @FIFAcom
@Pontifex @UN_HRC@SustDev @fifacom_es https://t.co/qtiwqmotmr

In late September, the young Qatari activist announced her return from the UK to Qatar. However, she was ‘missing’ for months.

The 23-year-old female left social media on 13 October 2021 after saying she was feeling unsafe and threatened by her family members; raising questions about her whereabouts, Qatari media reported. However, yesterday she released new videos saying that she is safe and fine in Qatar.