Published January 22nd, 2023 - 09:22 GMT
Demonstrators carry portraits of the 2020 Beirut port blast victims as well as makeshift gallows, near the parliament building in the centre of the Lebanese capital, on August 4, 2022. (Photo by ANWAR AMRO / AFP)

ALBAWABA - A video was shared online showing a person removing the morals of Beirut blast victims and their names off one of the walls in Lebanon using a water cannon. 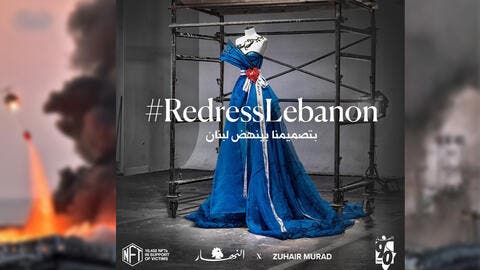 The morals of the blast victims were painted by the street artist Brady Black in central Beirut to honor those who were killed in the deadly explosion that took place on Aug. 4, 2020.

A mix of sadness, awe and anger when I saw these faces in Beirut last summer. Heart-breaking to see them erased. https://t.co/qr0KO2H0u4

The artist posted the video on his Twitter account and said: "Hard to find words for the faces of Beirut Blast victims being power-washed off. Seems like this right here is the performance art. This is the truth right here."

The footage, which was captured by video journalist Matt Kynaston, gained massive interaction on the internet with people showing anger toward the government for wiping off the photos of the victims.

A person commented: "The Lebanese government killed over 200 people and now it's removing their morals."

Workers who erased the photos said that the owner of the place is doing a renovation and asked to wipe off photos on the wall.

Relatives of the blast victims protested in front of the Justice Palace last week. Some threw rocks while others burnt tyres, Aljazeera reported.

At least 218 people were killed and 7,000 were injured in the explosion that caused $15 billion in property damage.