Secrets Exposure! What Does Russia Know About 9/11, Beirut Port Blast and Hariri Assassination?

Amid tightening sanctions from the US and European countries following Russia’s decision to invade Ukraine, allegations have risen about Russian president Vladimir Putin's intent to share footage about what truly happened on September 11, the Beirut port blast, and the killing of Lebanon’s former prime minister Rafic Hariri. 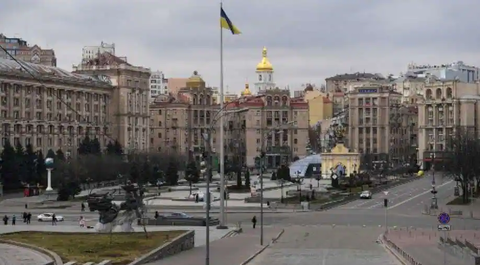 Kiev Housewife Brings Down a Drone With a Bottle of Pickled Tomatoes!

Some people claimed that Russia has real evidence and wanted to share it to prove that the US government and its intelligence are allegedly involved in the 9/11 tragic incident. They also claimed that a Russian intelligence official stated that his country is ready to share the evidence that includes satellite images.

Russia: Russian satellite documents will be published
What happened on September 11 and the Beirut port bombing,,
Hariri was killed.
All the scandals of America will be revealed to everyone..
Reveal to us the enemy of humanity pic.twitter.com/FQaW5oi7YO

However, no official statement from a valid Russian source was made about Moscow’s intent to share such information or documents.

Furthermore, last year and upon the Lebanese president’s request, Russia sent the satellite images it had for Beirut's port before and after the huge explosion, according to the Russian Foreign Minister Sergei Lavrov following his talks with his Lebanese counterpart in Moscow.

The port of Beirut, before and after the blastpic.twitter.com/wocDvraCqK

The September 11 attacks were a series of four coordinated attacks by the militant Islamist terrorist network Al-Qaeda against the United States back in 2001. The attacks resulted in 2,977 fatalities, over 25,000 injuries, in addition to at least $10 billion in infrastructure and property damage.

The Beirut port blast, on August 4, 2020, is the second-worst explosion in the world killing at least 218 and injuring more than 7,000 people. It also caused $15 billion in property damage and left around 300,000 people homeless.

Rafic Al-Hariri was a Lebanese business tycoon and politician who served as the Prime Minister of Lebanon from 1992 to 1998 and again from 2000 until his resignation on 20 October 2004. He was assassinated on 14 February 2005 by a suicide truck bomb in Beirut.