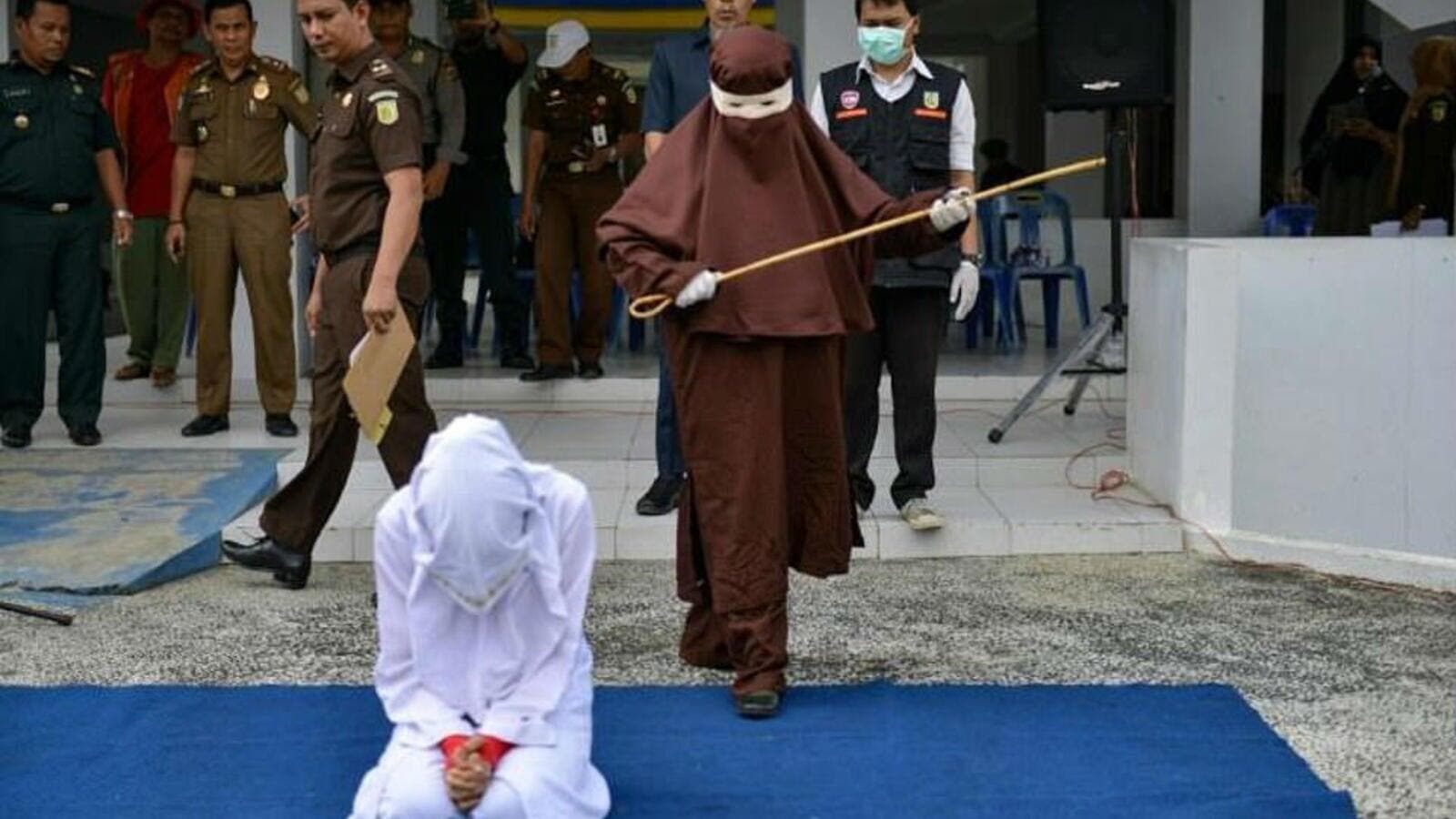 Over the past few months, more women in Indonesia have been charged under sharia law for morality crimes such as cuddling in public or alleged “intimate relations” outside marriage.

“Morality crimes” range from gambling, alcohol consumption, and gay sex in the conservative country. This already happens in neighboring Malaysia.

A total of 12 people were arrested late last year, and all had served several months in prison prior to their punishment of public whipping.

#Indonesia’s #Aceh province whips two teenagers for cuddling in public.They were jailed several months prior to the whipping. https://t.co/5B1yZDUOkN

The job has always been done by men, until Indonesia decided to recruit female enforcement officers to punish offenders. Eight women, all sharia officers, agreed to be floggers and were trained to perform the "appropriate technique"of public whipping.

Equal opportunity at it's finest!

“We train them to make sure they’re physically fit and teach them how to do a proper whipping,” sharia police chief investigator, Zakwan, said in an interview with AFP.

“It’s kind of an indoctrination that we give to them so they have a better understanding of their role, have no mercy for those who violate God’s law,” he added.

Carried out in accordance with Sharia law, the latest brutal ordeal was handed out yesterday, after a couple were arrested following a police sweep of a hotel in Sumatra.

A masked woman approached the unmarried woman, who was caught in a hotel room with a man, and then unleashes a flurry of lashes, proving herself as the newest member of the first female flogging squad in Indonesia.

“I think she did a good job,” said Zakwan. “Her technique was nice.”

Woman recently giving public whipping in Indonesia because she was with a man who wasn't a relative. What's your stance on sharia law

The controversial punishment enraged rights activists and generated a heated media debate. Human Rights Watch and Amnesty International have condemned such punishments as “barbaric”, “inhumane”, and tantamount to torture.

But Indonesia’s sharia police chief investigator insists they are “far more lenient” than ultraconservative Saudi Arabia and some other Muslim nations.

“We’re not aiming to hurt people by whipping them,” Zakwan said. “The most important thing is the shaming effect on violators and spectators so they do not do it again.”