Silencing 5 Arab Journalists: Is DW Giving up to Pro-Israel Pressure?

Sacking journalists for anti-semitic or anti-Jewish tweets has been an encouraged practice in every context, as it aligns with anti-racism policies adopted in almost every media establishment around the world. But being suspended from a world-leading media organization for criticizing the policies of another country, namely Israel, is still quite controversial. 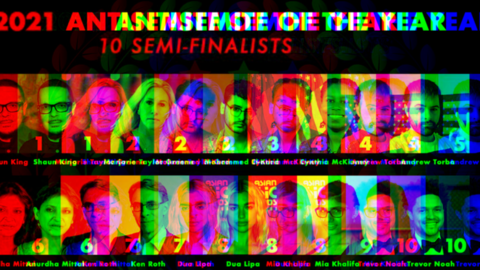 This week, the German public broadcaster Deutsche Welle (DW) has given up to pro-Israel pressure and decided to suspend five Arab journalists for old tweets in which they criticized Israel and its policies in the Middle East.

#DW issued a statement saying that its policies also apply to the personal accounts of its employees on social media, and that they “include a clear commitment to Israel's right to exist and a rejection of antisemitism.”
./2

According to Lebanese journalist Mariam Albassam, head of political news in Al Jadeed TV Channel, Deutsche Welle's Beirut Bureau Chief Bassel Aridi is amongst the journalists who were suspended based on a tweet he had written in 2014.

In his 7 years old now-removed tweet, Aridi had expressed his support for the prosecution of Lebanese citizens who admitted to cooperating with Israel against Lebanese interests.

Lebanon has no diplomatic ties with Israel and relations between the two countries have always been hostile. Lebanon was militarily invaded by Israel in 1982 resulting in 17,825 deaths in Lebanon, according to a 1982 Washington Post report. In 2006, an Israeli attack on Lebanon lasted for 33 days and killed 1,191 Lebanese people, according to a 2007 report by Amnesty International. In addition, Israel's military occupation of the south of Lebanon was underway until May 2000.

The latest Israeli military attack on Lebanon was in 2006, during which Bassel Aridi was injured as a result of an Israeli airstrike on the 12th of July 2006.

Among the four employees is #Lebanese correspondent Bassel Aridi who was suspended for a tweet from 2014, in which he accused those collaborating with Israel of being traitors who should be hanged, although he joined Deutsche Welle in 2019.
3/3

However, Aridi's tweets and those of four other employees have been highlighted by pro-Israeli online commentators, who have been leading a social media campaign to smear Arab journalists and broadcasters that are critical of Israeli policies, by accusing them of being anti-semitic.

Amongst the most active voices that have been defaming Arab journalists based on their social media posts is the Editor-in-Chief of Vice Germany, Felix Dachsel, who has also accused the Jordanian private broadcaster Roya TV of antisemitism, for their pro-Palestine editorial line.

Translation: "This is the broadcaster Roya TV awarded with the “Freedom of Speech” award last year by Peter Limbourg."

Being a loud supporter of Israel who devotes his social media time to smear anti-Israel voices, Dachsel questioned the fact that Roya's CEO and General Manager Fares Sayegh was awarded the DW's Freedom of Speech Award in 2020, in an attempt to increase pressure on the German media organization.

This incident has reignited the conversation over pro-Israeli attempts to confuse the Western public between anti-semitic sentiments and criticizing Israeli policies against Palestinian and Lebanese people, and whether or not having strong political stances against the Israeli government can be banned in fear of antisemitism accusations.

Such pro-Israeli campaigns have also targeted major human rights organizations over the years, including ones that actually report on antisemitism incidents.

In 2021, Human Rights Watch and Amnesty International have faced similar accusations of anti-Semitism, especially in the wake of a detailed study by them which concluded in April 2021 that Israeli policies in the West Bank constitute the crimes of Apartheid, Persecution, and Crimes Against Humanity.